Mona Lisa is a 1986 film about an ex-convict who becomes entangled in the dangerous life of a high-class call girl. The film was directed by Neil Jordon who co-wrote the film with David Leland. It was co-produced by George Harrison of The Beatles under his production company, HandMade Films. Mona Lisa stars Bob Hoskins, Cathy Tyson, Robbie Coltrane and Michael Caine.

Mona Lisa received positive critic reaction when it was released in 1986. One film critic, Roger Ebert, wrote “The relationship of their characters in the film is interesting, because both people, for personal reasons, have developed a style that doesn’t reveal very much.” when he described George and Simone characters .

It was made on a relatively small budget of $2m and was a box office success and had earned $5,404,977 in box office receipts in the USA alone. 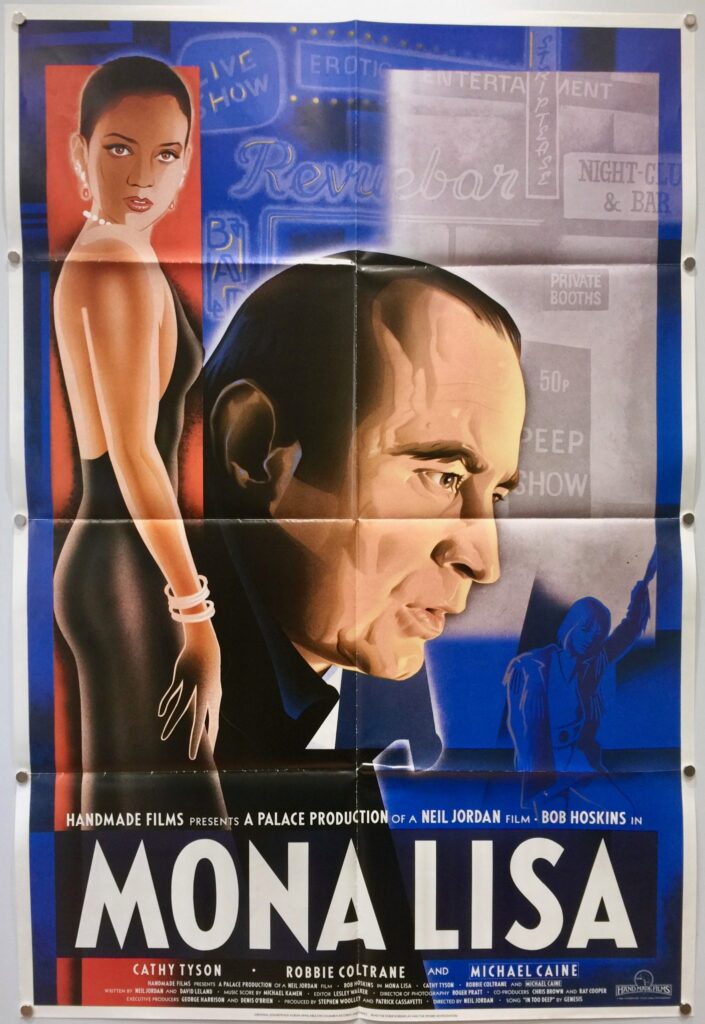