Moonraker is a 1979 film and the 11th spy film in the James Bond series, and the fourth to star Roger Moore as the fictional MI6 agent James Bond. The third and final film in the series to be directed by Lewis Gilbert, it co-stars Lois Chiles, Michael Lonsdale, Corinne Cléry, and Richard Kiel. Bond investigates the theft of a space shuttle, leading him to Hugo Drax, the owner of the shuttle’s manufacturing firm. Along with space scientist Dr. Holly Goodhead, Bond follows the trail from California to Venice, Rio de Janeiro, and the Amazon rainforest, and finally into outer space to prevent a plot to wipe out the world population and to re-create humanity with a master race.

Moonraker was intended by its creator Ian Fleming to become a film even before he completed the novel in 1954, since he based it on a screenplay manuscript he had written even earlier. The film’s producers had originally intended to film For Your Eyes Only, but instead chose this title due to the rise of the science fiction genre in the wake of the Star Wars phenomenon. Budgetary issues caused the film to be primarily shot in France, with locations also in Italy, Brazil, Guatemala and the United States. The soundstages of Pinewood Studios in England, traditionally used for the series, were only used by the special effects team.

Moonraker was noted for its high production cost of $34 million, almost twice as much money as predecessor The Spy Who Loved Me, and it received mixed reviews. However, the film’s visuals were praised, Derek Meddings being nominated for the Academy Award for Best Visual Effects, and it eventually became the highest-grossing film of the series with $210,308,099 worldwide, a record that stood until GoldenEye in 1995.

A space shuttle called the Moonraker, built by Drax Industries, is on its way to the U.K when it is hijacked in mid-air and the crew of the 747 carrying it is killed. Bond immediately is called into action, and starts the investigation with Hugo Drax himself. While at the Drax laboratories, Bond meets the brilliant & stunning Dr. Holly Goodhead, a NASA astronaut & CIA agent who is investigating Drax for the U.S. Government. One of Drax’s thugs, the sinister Chan, attempts to kill 007 at the lab but when that fails, he follows Bond to Venice and tries again there. Bond & Goodhead follow Drax’s trail to Brazil, where they once again run into the 7′ Goliath Jaws, a towering giant with metal teeth. Escaping from him, they discover the existence of a huge space station undetected by U.S. or Soviet radar, and a horrible plot by Drax to employ nerve gas in a genocidal project! Bond & Holly must quickly find a way to stop Hugo Drax before his horrific plans can be put into effect… 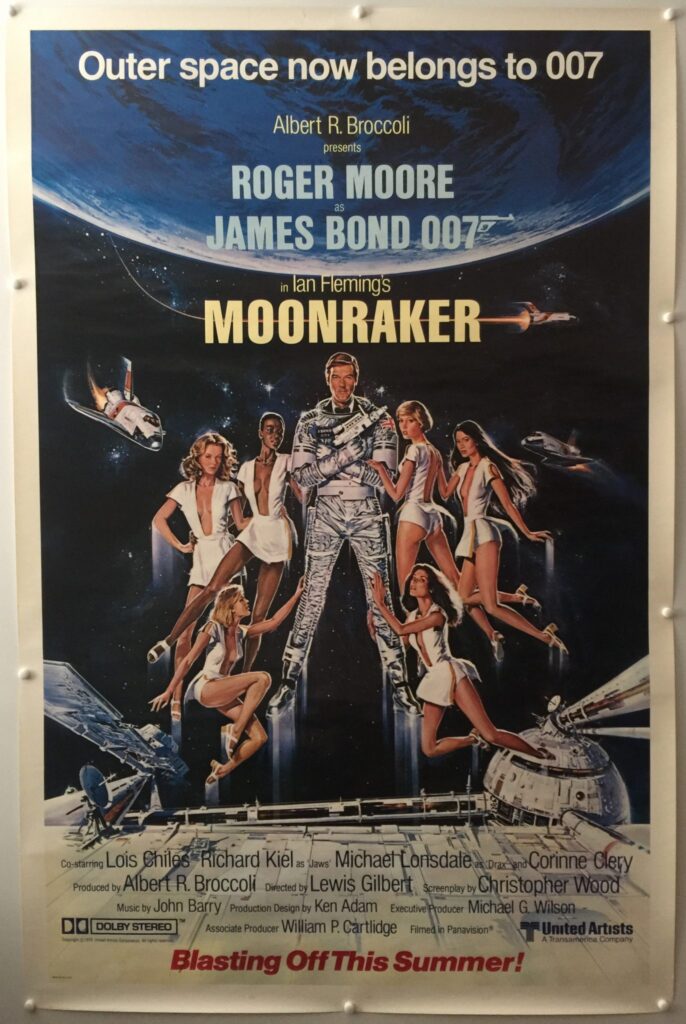