National Lampoon’s European Vacation is a 1985 film directed by Amy Heckerling and was produced by Matty Simmons. The screenplay was co-written by John Hughes and Robert Klane, based on a story by John Hughes. This is the only instalment in the series to credit the family’s surname name as ‘Griswald’, instead of ‘Griswold’. National Lampoon’s European Vacation stars Chevy Chase, Beverly D’Angelo, Dana Hill, Jason Lively, Victor Lanoux, Mel Smith and Eric Idle.

The storyline follows the Griswold family after competing in a game show called Pig in a Poke where they win an all-expenses-paid trip to Europe. They try their best to blend with the local people of Europe in traditional Griswold fashion but nothing ever goes to plan when the Griswolds are in town.

When National Lampoon’s European Vacation was released it received mixed reviews from the critics. On Rotten Tomatoes it currently holds a rating of 39% and on IMDb, it has a rating of 6.1/10. Janet Maslin of The New York Times gave the film a positive review, “While it’s very much a retread, it succeeds in following up the first film’s humour with more in a similar vein.” She added, “The film’s best visual humour arises from the mere juxtaposition of European settings with the funny hats, T-shirts and soda cans with which the Griswolds announce their presence”. Variety gave the film a negative review saying, “As the family of characters cartwheel through London, Paris, Italy and Germany – with the French deliciously taking it on the chin for their arrogance and rudeness – director Amy Heckerling gets carried away with physical humour while letting her American tourists grow tiresome and predictable. Structurally, the film unfolds like a series of travel brochures”.

Commercially, National Lampoon’s European Vacation was a box office success. Having been produced with an estimated production budget of $17m. In its opening weekend, it took $12,329,627 at the US box office and took $49,400,000 in total US box office receipts. 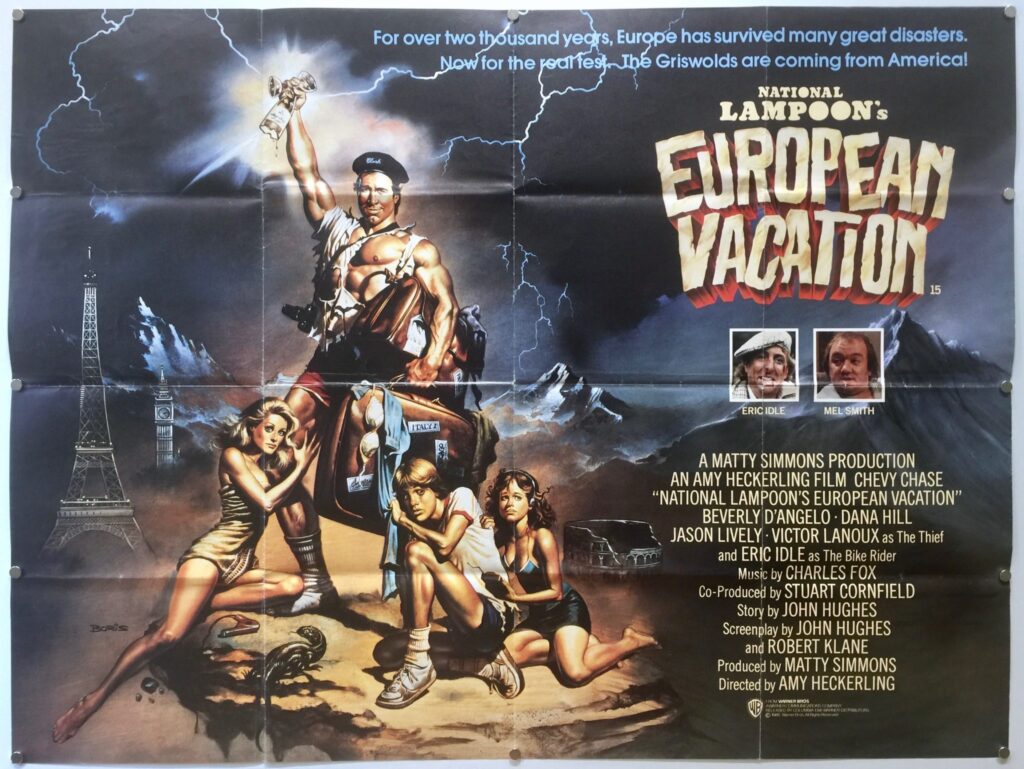