The storyline follows several teenagers who are stalked and killed in their dreams (and thus killed in reality) by Freddy Krueger. The teenagers are unaware of the cause of this strange phenomenon, but their parents hold a dark secret from long ago.

A Nightmare on Elm Street is credited with carrying on many tropes found in low-budget horror films of the 70s and 80s which started in John Carpenter’s 1978 horror film Halloween. It highlights the morality play that revolves around sexual promiscuity in teenagers resulting in their eventual death, leading to the term “slasher film”. Critics and film historians state that the film’s premise is the struggle to define the distinction between dreams and reality, manifested by the lives and dreams of the teens in the film. Critics today praise the film’s ability to transgress “the boundaries between the imaginary and real”, toying with audience perceptions.

Principle photography used several locations throughout Los Angeles, California. However, the film was hit with financial difficulties when all the film’s original investors backed out at one point or another during pre-production according to Robert Shaye. The original budget was mere $700,000 but he said “It ended up at $1.1 million … Half the funding came from a Yugoslavian guy who had a girlfriend he wanted in movies.”

The fictional address of the house that appears in the film is 1428 Elm Street; the actual house is a private home located in Los Angeles at 1428 North Genesee Avenue. During the production of the film, over 500 gallons of fake blood was used for the special effects production. For the famous blood geyser sequence, the filmmakers used the same revolving room set that was used for Tina’s death.

Critically the film received positive reviews with Kim Newman writing that A Nightmare on Elm Street was closer to a Stephen King adaptation with its small-town setting, and “invented monster myth”. She concluded that the film found “Craven emerging from his recent career slump (Swamp Thing, The Hills Have Eyes Part 2, Invitation to Hell) with a fine, perhaps definitive bogeyman to back him up.” and that the film was “a superior example of an over-worked genre”. Paul Attanasio of the Washington Post praised the film, stating that “for such a low-budget movie, Nightmare on Elm Street is extraordinarily polished. The script is consistently witty, the camera work (by cinematographer Jacques Haitkin) is crisp and expressive.” The review highlighted it as superior work in the slasher film, noting that “the genre has built-in limitations […] but Craven faces the challenge admirably; “A Nightmare on Elm Street” is halfway between an exploitation flick and classic surrealism”. The review also commented on Freddy Krueger, calling him “the most chilling figure in the genre since “The Shape” made his debut in “Halloween”.”

Produced on an estimated budget of $1.8m the film is considered to be a financial success. In its opening weekend, it took $1,271,000 in the US. It recovered its initial production budget in the first week of release. and earned $25,504,513 in gross box office receipts in the US. 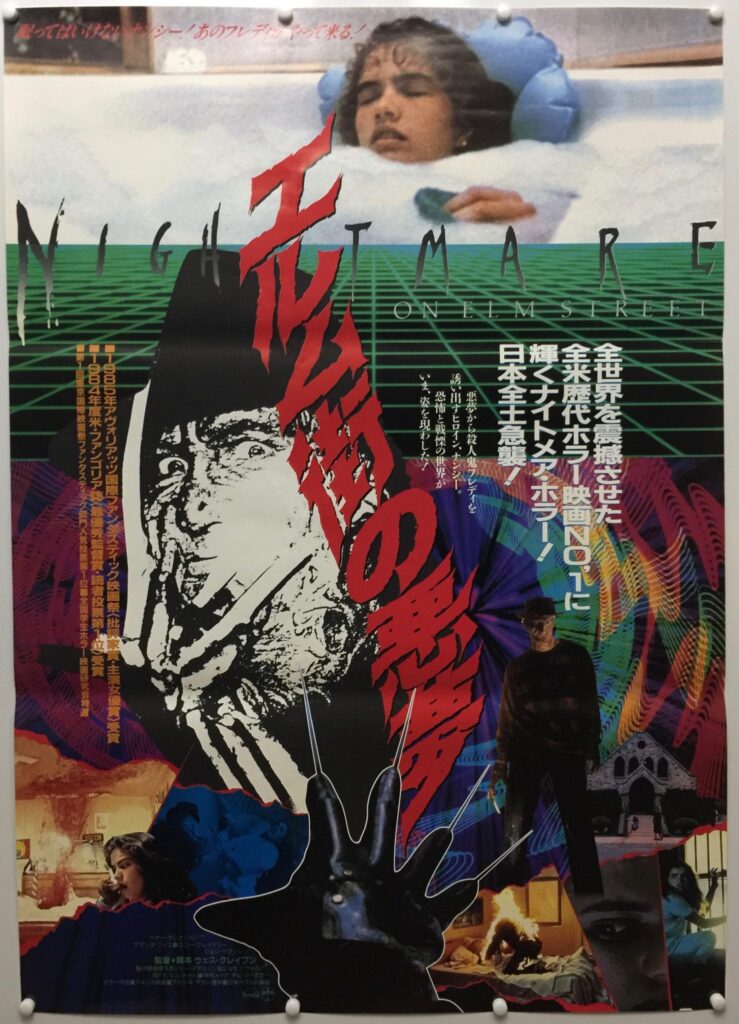