Point Blank (French: À bout portant) is a 2010 French action-thriller film directed by Fred Cavayé and starring Gilles Lellouche, Roschdy Zem, Gérard Lanvin, and Elena Anaya. Its style differs from the typical American thriller, in that the hunted (and innocent) main character isn’t a heroic figure of any kind, but just an ordinary man.

Samuel Pierret (Gilles Lellouche) is a nurse who saves the wrong guy — a thief (Roschdy Zem) whose henchmen take Samuel’s pregnant wife (Elena Anaya) hostage to force him to spring their boss from the hospital. A race through the subways and streets of Paris ensues, and the body count rises. Can Samuel evade the cops and the criminal underground and deliver his beloved to safety? 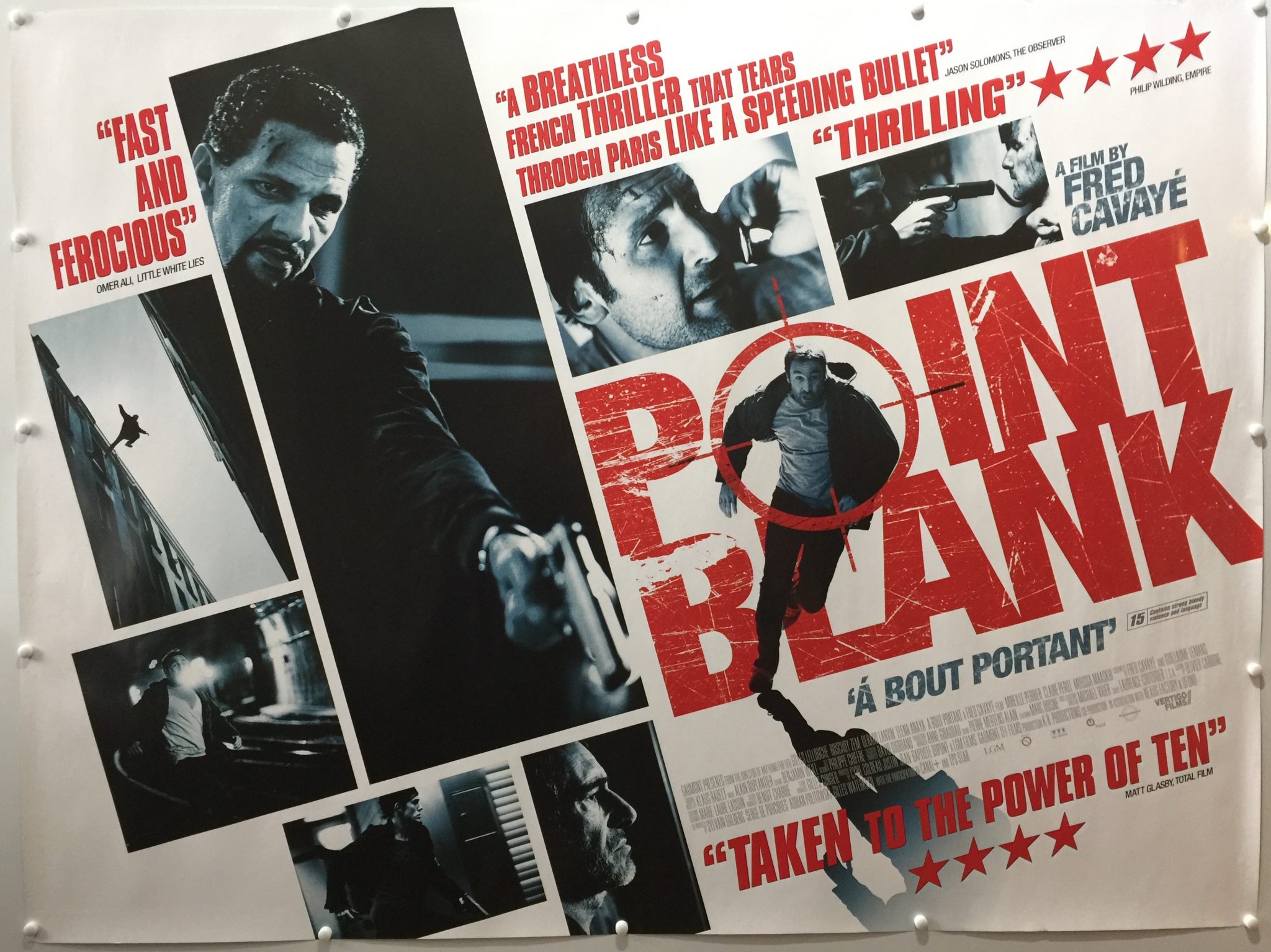