The Postman Always Rings Twice | 1981 | International | US One Sheet

The Postman Always Rings Twice is a 1981 film directed by Bob Rafelson, who co-produced the film with Charles Mulvehill and Andrew Braunsberg. The screenplay was written by David Mamet and is based on the 1934 novel The Postman Always Rings Twice by James M. Cain. It stars Jack Nicholson, Jessica Lange, John Colicos, Michael Lerner, John P. Ryan, Anjelica Huston and Christian Slater.

The storyline follows Frank Chambers, a drifter who hitches a ride from the local District Attorney and stops at a rural California diner for a meal. Nick Smith, the middle-aged proprietor of the roadside diner, hires Frank as a handyman. Frank eventually begins an affair with Nick’s beautiful wife Cora, who talks Frank into helping her kill Nick.

The film was screened out of competition at the 1981 Cannes Film Festival. Upon its release, the Postman Always Rings Twice was poorly received by many critics, who felt that the remake was wasted. They also believed the ending was “very weak” compared to the original film. They also criticised the fact that the meaning of the title is not explained in the remake, which can lead to confusion among viewers. Jack Nicholson later said “If you ran a question through this industry about The Postman Always Rings Twice, most people would surmise that it wasn’t successful. That is not true. I know it made money, because I received overages, so it must’ve grossed about as much as Chinatown and much more than Carnal Knowledge. But people are anxious to disqualify it.”

The Postman Always Rings Twice has since been received more favourably; it scores an 83% on Rotten Tomatoes, with praise for the “charged chemistry” between Jack Nicholson and Jessica Lange, and stated that Nicholson admitted that he was smitten with his co-star, remarking that she was a “big consensus movie sex bomb”. The film was nominated by the American Film Institute in 2002 for the AFI’s 100 Years…100 Passions list.

Commercially, The Postman Always Rings Twice was a success at the box office. Having been produced with an estimated production budget of $12m, it took $44,376,625 in total worldwide box office receipts. 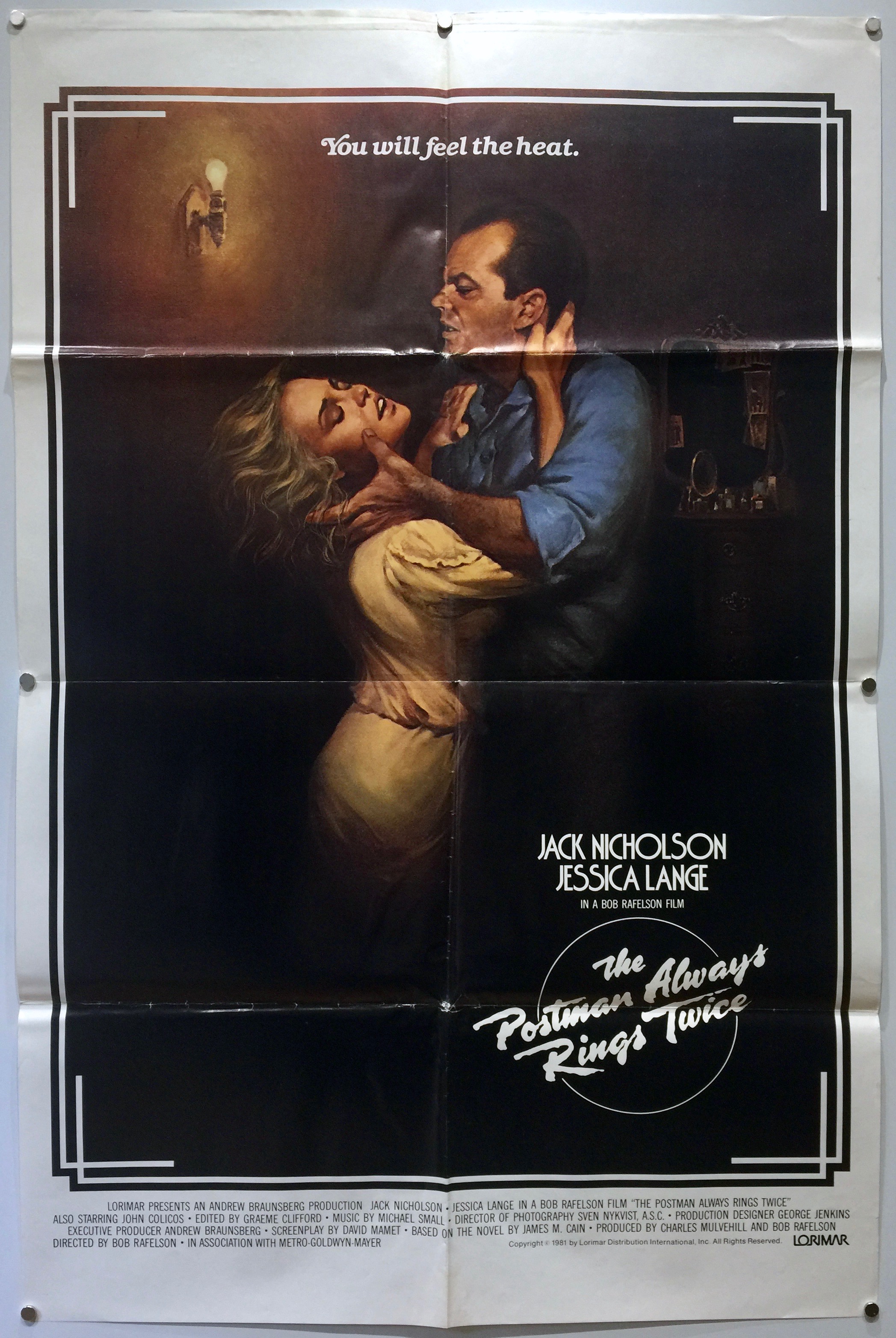