The Quiet Ones is a 2014 film directed by John Pogue. It was co-produced by Ben Holden, James Gay-Rees, Simon Oakes, Steven Chester Prince and Tobin Armbrust. The screenplay was co-written by John Pogue, Tom de Ville, Craig Rosenberg and Oren Moverman. The story was created by Tom de Ville loosely based on the Philip experiment, a 1972 parapsychology experiment conducted in Toronto.. The Quiet Ones stars Jared Harris, Sam Claflin, Olivia Cooke, Erin Richards, Rory Fleck Byrne and Laurie Calvert.

The storyline follows Oxford professor Joseph Coupland with a team of students conduct an experiment on Jane Harper. Jane, a young woman with no memory of the past and repeatedly abandoned by foster families, believes herself possessed by a doll named Evey that gives her telekinetic power. The experiment uncovers a terrifyingly dark secret and unexpected forces in the process.

Principle photography was completed in Oxfordshire and Hertfordshire in the UK. Filming took place at Merton College and the Bodleian Library in Oxford.

When The Quiet Ones was released it received negative reviews from the critics. On Rotten Tomatoes it holds a 37% rating with the consensus “While it definitely sports a few palpable scares, The Quiet Ones finds Hammer Films trading too heavily on past glories”. 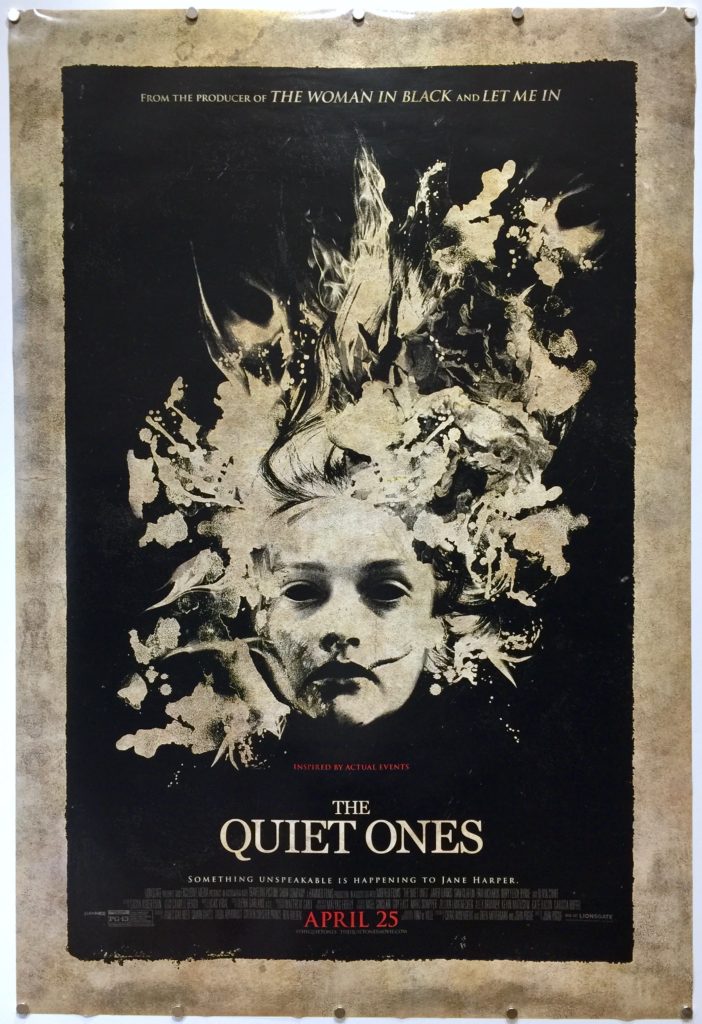