Rambo: First Blood Part II (also known as Rambo II or First Blood II) is a 1985 American action film directed by George P. Cosmatos and starring Sylvester Stallone, who reprises his role as Vietnam veteran John Rambo. It is the sequel to the 1982 film First Blood, and the second instalment in the Rambo film series. Picking up where the first film left, the sequel is set in the context of the Vietnam War POW/MIA issue; John Rambo is removed from prison by his former superior, Colonel Samuel Troutman, for a top-secret operation to bring back POW’s still held in Vietnam. Rambo’s assignment is to only take pictures of where the POWs are being held, but Rambo wants to get the POWs out of Vietnam. Teamed up with female Vietnamese freedom fighter Co Bao, Rambo embarks on a mission to rescue the POWs, who are being held by sadistic Vietnamese Captain Vinh and his Russian comrade, Lieutenant Colonel Padovsky. Rambo starts killing every enemy in sight while still focusing on his intentions to rescue the POWs. There are also corrupt American officials involved in the mission, including Marshall Murdock, one of Rambo’s superiors.

Despite negative reviews, First Blood Part II was a major worldwide box office success, with an estimated 42 million tickets sold in the US. It has become the most recognised and memorable instalment in the series, having inspired countless rip-offs, parodies, video games, and imitations.

The film was on the ballot for the American Film Institute’s 100 Years… 100 Cheers, a list of America’s most inspiring movies. Entertainment Weekly ranked the movie number 23 on its list of The Best Rock-’em, Sock-’em Movies of the Past 25 Years. 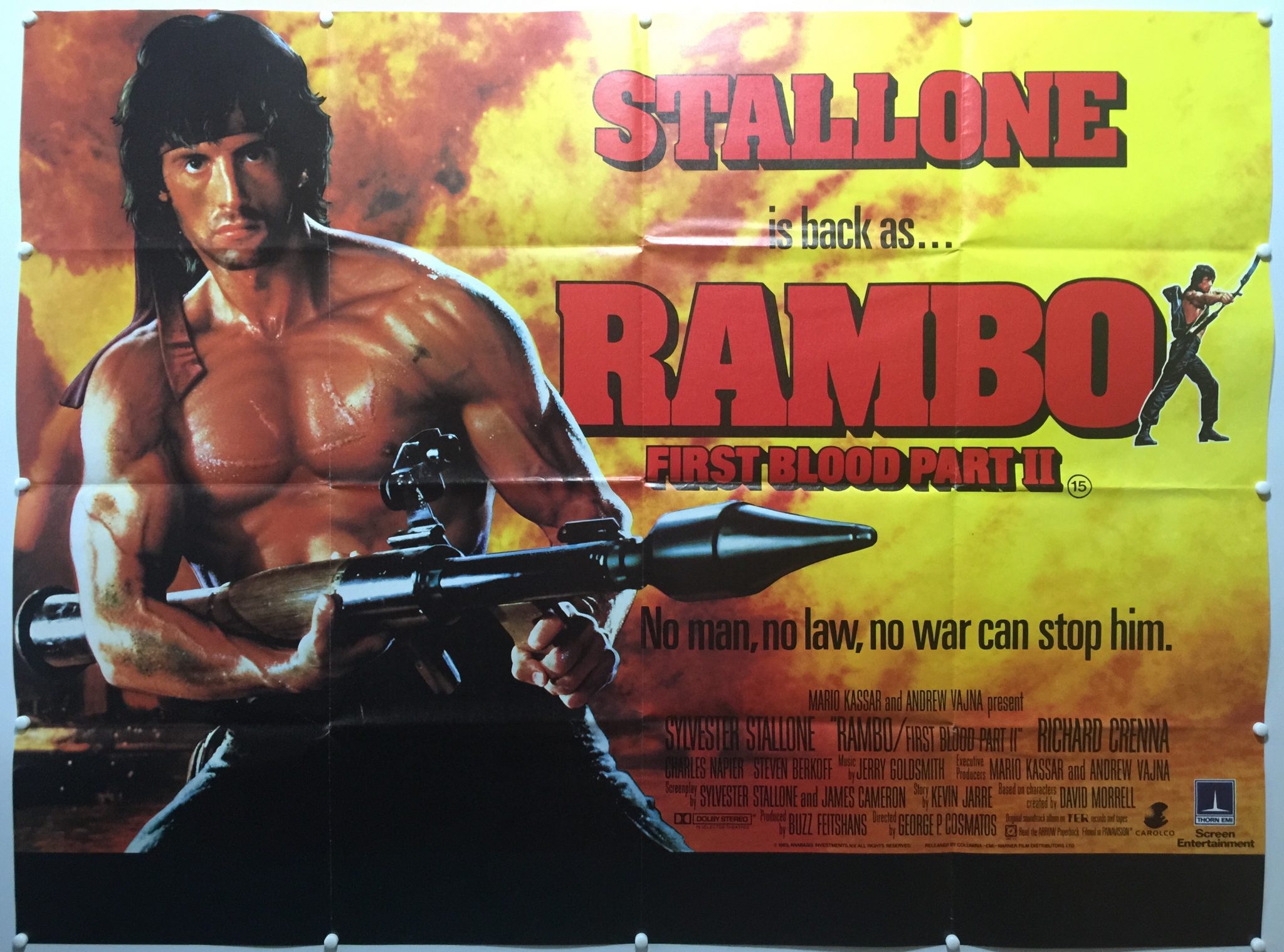