Rambo III is a 1988 American action film directed by Peter MacDonald. The film depicts fictional events during the Soviet war in Afghanistan. It is the third film in the Rambo series following First Blood and Rambo: First Blood Part II. It was in turn followed by Rambo in 2008, making it the last film in the series to feature Richard Crenna as Colonel Sam Trautman before his death in 2003.

John Rambo’s former Vietnam superior, Colonel Samuel Trautman, has been assigned to lead a mission to help the Mujahideen rebels who are fighting the Soviet invasion of Afghanistan, but the Buddhist Rambo turns down Trautman’s request that Rambo help out. When the mission goes belly up and Trautman is kidnapped and tortured by Russian Colonel Zaysen, Rambo launches a rescue effort and allies himself with the Mujahideen rebels and gets their help in trying to rescue Trautman from Zaysen.

Sixty-five seconds of the film were cut in the UK version for theatrical release. Some later video releases almost tripled the cuts. 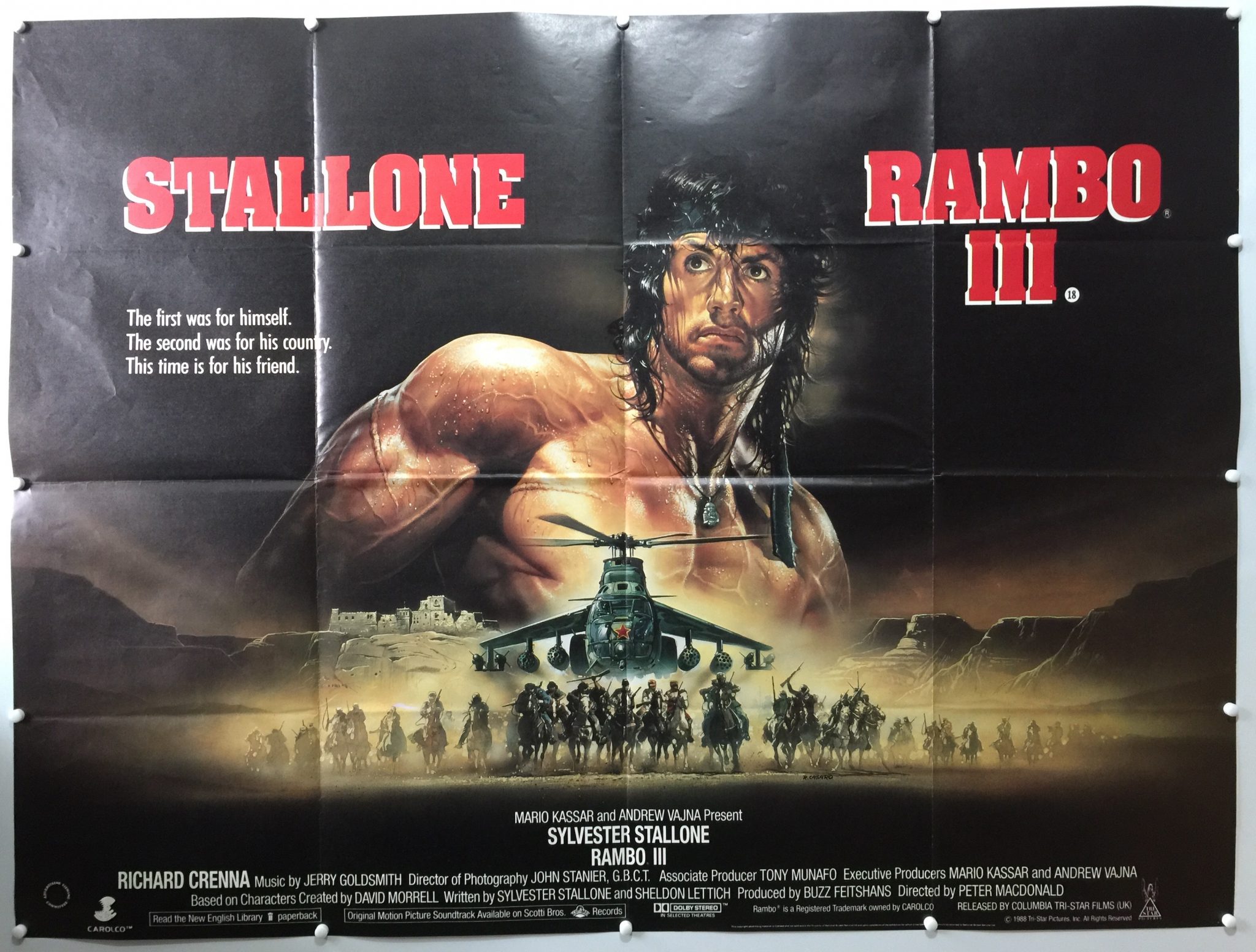 Type of Poster
Quad
Style of Poster
Final
Origin of Poster
UK
Year of Poster
1988
Designer
Unknown
Artist
Renato Casaro
Size (Inches)
40″ x 30″
Single Sided or Double Sided
Single Sided
NSS # / Printer Markings
None
Tagline
The first was for himself.
The second for his country.
This time it’s to save his friend.