The storyline follows a Soviet police officer, Captain Ivan Danko and a Chicago Detective, Art Ridzik who find themselves working on the same case. They work together to catch a cunning and deadly Soviet Georgian drug kingpin, Viktor Rostavili, who also happens to be the killer of Danko’s previous partner back in Soviet Russia.

Red Heat has the credit of being the first American film given permission to film in Moscow’s Red Square. However, excluding the establishing shots under the main titles and the final lengthy shot in Red Square behind the end credits most was filmed in Hungary. The first half of the opening scene was shot in Budapest’s Rudas Thermal Bath with the second half being filmed in Austria because Budapest had no snow at the time.

Walter Hill said that he came up with the idea for Red Heat because he and Arnold Schwarzenegger had wanted to work together. Hill said “I didn’t want to do sci-fi and it’s tough to use Arnold credibly in an American context with his accent. I thought it would be interesting if he could play a Russian cop in the US. I wanted to do a traditional John Wayne/Clint Eastwood larger-than-life movie. You then ask the question: Will the American audience accept an unapologetic Soviet hero, someone who will not defect at the end of the movie?”. On the toning down of the Schwarzenegger persona, he said “I had confidence in him as an actor. I didn’t want him just to throw a Volkswagen over a building. Arnold has an ability to communicate that cuts through cultures and countries. They just love to see this guy win. But everyone thinks it’s his muscles. It’s not that at all: it’s his face, his eyes. He has a face that’s a throwback to a warrior from the Middle Ages, or ancient Greece”.

Upon its release it received mixed reviews from critics but commercially was successful and recouped it estimated budget of $29m. In the US it took $8,133,822 in its opening weekend and grossed $34,994,648 in US box office takings. 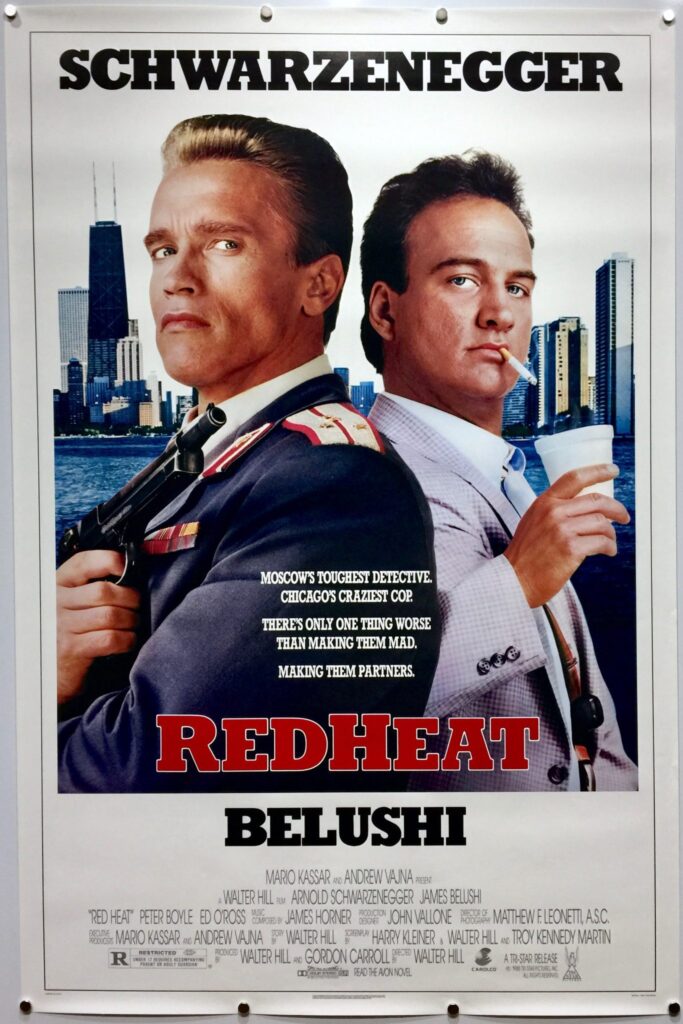