The storyline picks up immediately after the events of the last film, Resident Evil Retribution. Alice is the only survivor of what was meant to be humanity’s final stand against the undead. Now, she must return to where the nightmare began – The Hive in Raccoon City, where the Umbrella Corporation is gathering its forces for a final strike against the only remaining survivors of the apocalypse.

Principal photography was completed in Cape Town and the Hartbeespoort Dam in South Africa. The filming was marred by two accidents, one involving Milla Jovovich’s stunt double, British stuntwoman Olivia Jackson which resulted in having her left arm amputated and Ricardo Cornelius who was crushed to death.

When Resident Evil The Final Chapter was released it received mixed reviews from the critics. The critical consensus was to do with the decision not to bring back surviving characters from the previous films – notably Jill, Leon and Ada – was a particular draw for criticism, with many voicing disappointment over a lack of closure for said characters and a sense of anti-climax following the cliffhanger ending of the previous movie that had implied their inclusion in a follow-up.

On Rotten Tomatoes it currently holds a rating of 35% with the consensus saying “Resident Evil The Final Chapter may prove mind-numbingly chaotic for the unconverted, but for fans of the venerable franchise, it offers a fittingly kinetic conclusion to its violent post-apocalyptic saga”. Glenn Kenny for The New York Times writes, “This is, I think, the weakest picture in the franchise”.

Although not very well received by the critics, the cinema audience disagreed. Commercially, Resident Evil The Final Chapter was a box office success. Having been made on an estimated production budgets of $40m, it went on to take $13,601,682 in US box office takings from its opening weekend. It went on to achieved total worldwide box office receipts of $312,242,626. Much of its financial success came from Mainland China. 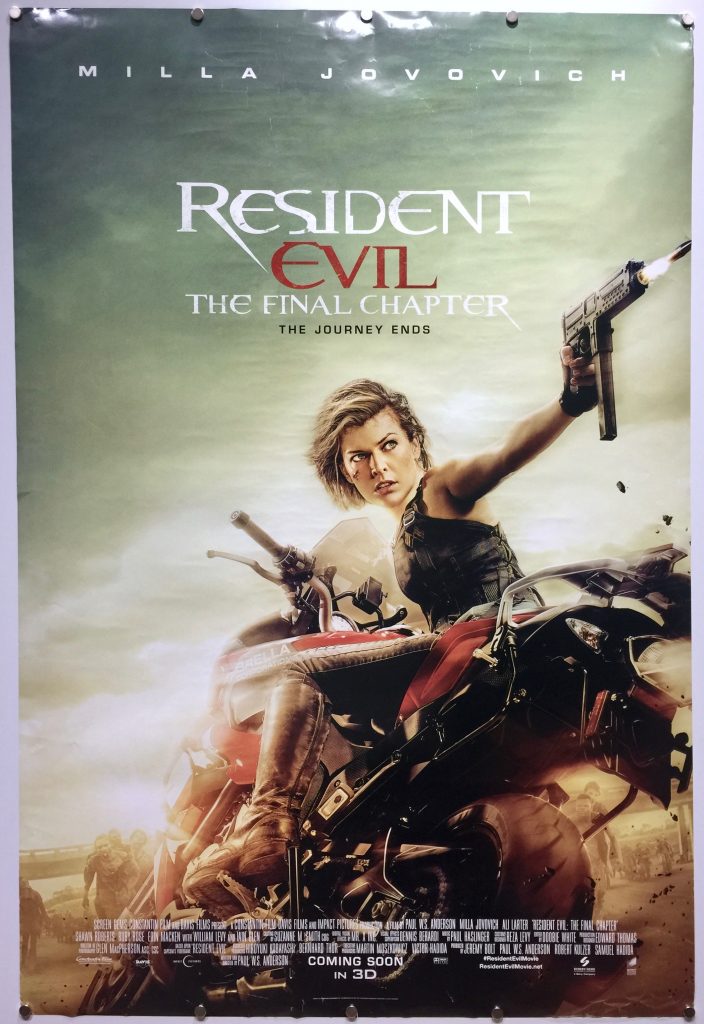