Rogue One: A Star Wars Story (also know as Star Wars: Rogue One) is a 2016 film directed by Gareth Edwards and written by Chris Weitz and Tony Gilroy, from a story by John Knoll and Gary Whitta. It was produced by Lucasfilm and distributed by Walt Disney Studios Motion Pictures. The film stars Felicity Jones, Diego Luna, Ben Mendelsohn, Donnie Yen, Mads Mikkelsen, Alan Tudyk, Jiang Wen and Forest Whitaker. The story follows Jyn Erso, daughter of the unwilling designer of the Galactic Empire’s superweapon the Death Star, and her mission to retrieve the schematics so it can be destroyed.

The first film in the Star Wars Anthology series, Rogue One is set after the events of Revenge of the Sith and immediately prior to the events of A New Hope. Principal photography began at Elstree Studios near London during early August 2015 and wrapped in February 2016, with reshoots and additional filming taking place in mid-June 2016. Rogue One premiered in Los Angeles on December 10, 2016 and was released in the United States on December 16, 2016.

The film received generally positive reviews, with praise for its acting, action sequences, musical score, darker tone and visual effects. It has grossed over $706 million worldwide, making it the tenth highest-grossing film of 2016.

When all looks lost for the Rebellion against the Empire but Jyn Erso, a Rebellion soldier and criminal, is about to experience her biggest challenge yet. The Rebels learn of the existence of a new super weapon, the Death Star.  Once a possible weakness in its construction is uncovered, the Rebel Alliance must set out on a desperate mission to steal the plans for the Death Star. Senator Mon Mothma sets Jyn Erso out on a mission to steal the plans for the Death Star. With help from the Rebels, a master swordsman, and non-allied forces, Jyn will be in for something bigger than she thinks and the future of the entire galaxy now rests upon her success. 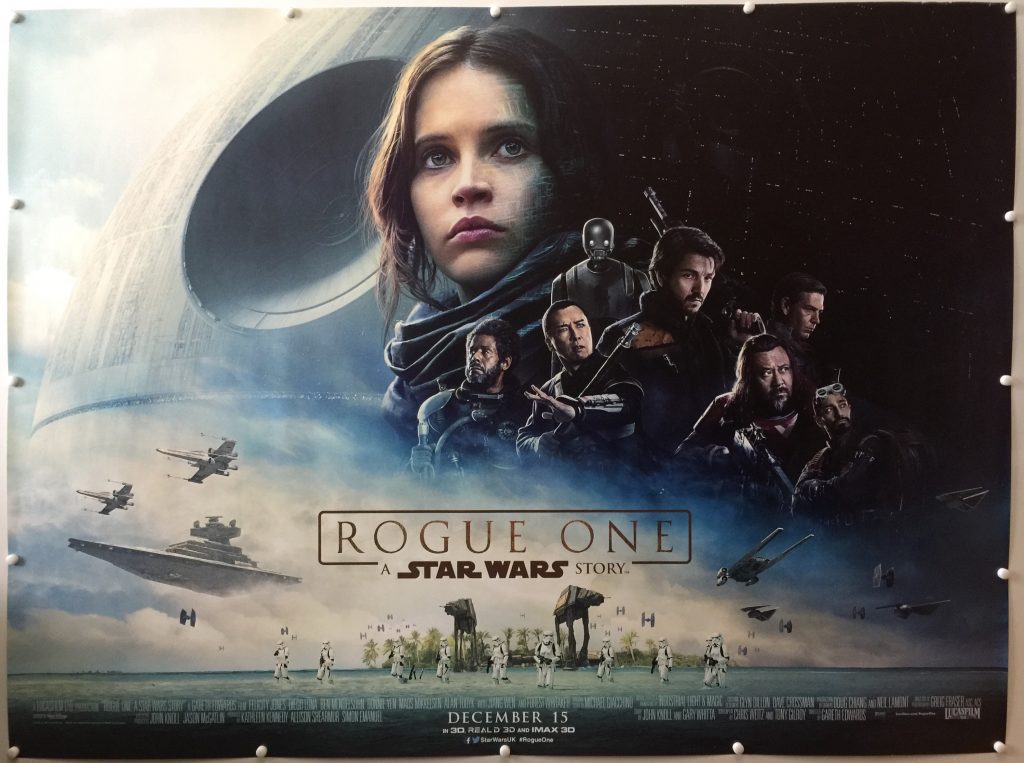