Romancing the Stone is a 1984 film directed by Robert Zemeckis. It was produced by Michael Douglas with Diane Thomas writing the screenplay. The film stars Michael Douglas, Kathleen Turner, Danny DeVito, Alfonso Arau and Manuel Ojeda.

The film helped to propel Kathleen Turner’s film career and helped to cement Michael Douglas as a capable leading man. Romancing the Stone was Robert Zemeckis 3rd feature film and started a frequent collaboration with Alan Silvestri who produced the movie soundtrack.

Principal filming took place in Veracruz and Huasca de Ocampo both in Mexico. Upon its release, it was inevitably compared to Raiders of the Lost Ark with Time magazine calling it a “Raiders rip-off”. However, the screenplay was actually written 5 years prior to the release of the film by Diane Thomas who at the time worked as a waitress in Malibu. Unfortunately, it was her only screenplay as she died shortly after in the film’s release in a car crash.

20th Century Fox executives were expecting Romancing the Stone to flop. After viewing a rough cut of the film, producers for another film currently under development, Cocoon, actually fired Robert Zemeckis as director.

It was nominated for an Academy Award for Best Film Editing and won two Golden Globe’s for Best Performance by an Actress and Best Motion Picture. Romancing the Stone was followed by a sequel in 1985, The Jewel of the Nile. 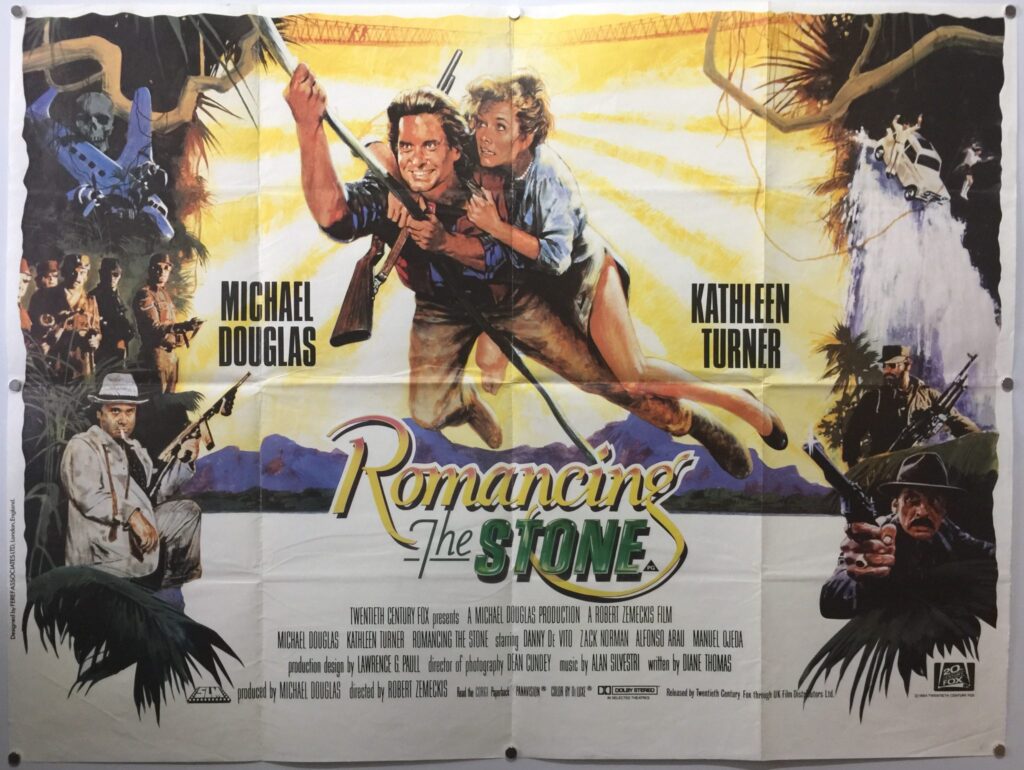