Romeo Is Bleeding is a 1993 film directed by Peter Medak. It was co-produced by Hilary Henkin and Paul Webster with Hilary Henkin writing the screenplay. It stars Gary Oldman, Lena Olin, Annabella Sciorra, Juliette Lewis and Roy Scheider.

The storyline follows Jack Grimaldi who is a womanising, crooked cop on the payroll of the mafia is confronted with the reality of his double life after he is asked to kill a beautiful and ruthless Russian gangster.

Upon its release, Romeo Is Bleeding, received negative reviews from the critics. Roger Ebert of the Chicago Sun-Times said that while Oldman is “unsurpassable in roles of this type”, the film is “an exercise in overwrought style and overwritten melodrama, and proof that a great cast cannot save a film from self-destruction”. New York Times journalist Janet Maslin praised the work of Gary Oldman and Lena Olin, calling him a “master craftsman”, but concluded that “For all its promise, and for all the brittle beauty of Dariusz Wolski’s cinematography, Romeo Is Bleeding eventually collapses under the weight of its violent affectations.” Bon Jovi had recorded the song Always to feature in the film but having watched a preview screening of the film was not impressed so held the track back.

Produced on an estimated budget of $10m it failed at the cinema and struggled to recoup any of the initial budget. It only made $3.6m in worldwide box office receipts. 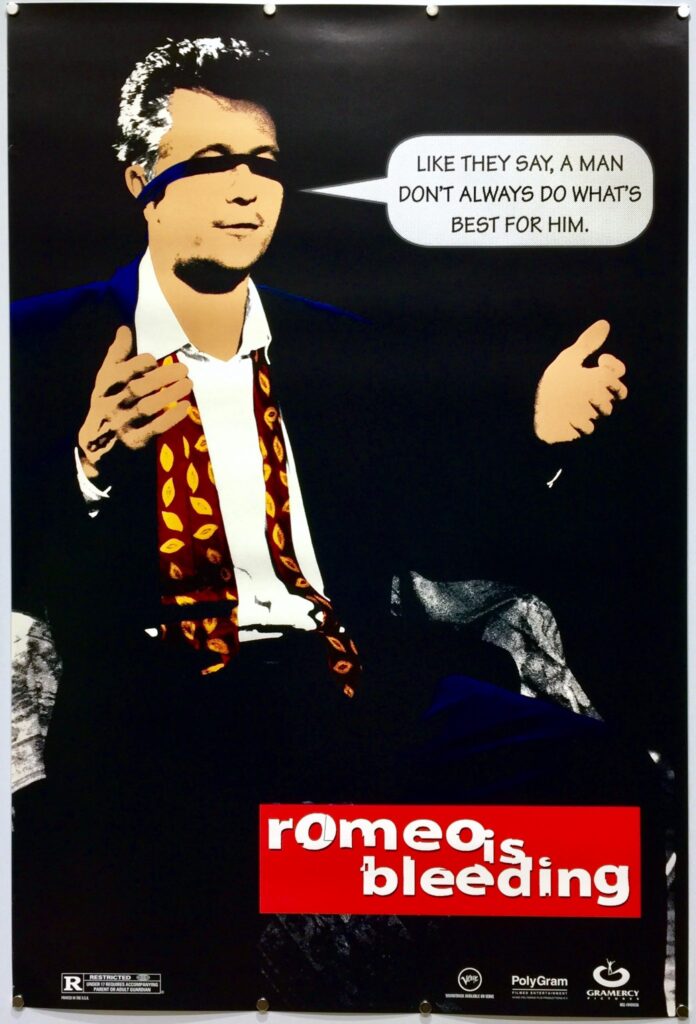 Type of Poster
One Sheet
Style of Poster
Teaser
Origin of Poster
USA
Year of Poster
1993
Designer
Unknown
Artist
Unknown
Size (Inches)
41″ x 27″
NSS # / Printer Markings
9400063 / Printed In The U.S.A.
Tagline
Like they say, a man don’t always do what’s best for him.