The Silence of the Lambs is a 1991 film directed by Jonathan Demme and starring Jodie Foster, Anthony Hopkins, and Scott Glenn. Adapted by Ted Tally from the 1988 novel of the same name by Thomas Harris, his second to feature the character of Dr Hannibal Lecter; a brilliant psychiatrist and cannibalistic serial killer, the film was the second adaptation of a Harris novel featuring Lecter, preceded by the Michael Mann-directed Manhunter in 1986. In the film, Clarice Starling, a young U.S. FBI trainee, seeks the advice of the imprisoned Dr Lecter to apprehend another serial killer, known only as “Buffalo Bill”.

The Silence of the Lambs was released on February 14, 1991, and grossed $272.7 million worldwide against its $19 million budget. It was only the third film, the other two being It Happened One Night and One Flew Over the Cuckoo’s Nest, to win Academy Awards in all the top five categories: Best Picture, Best Actor, Best Actress, Best Director, and Adapted Screenplay. It is also the first (and so far only) Best Picture winner widely considered to be a horror film, and only the third such film to be nominated in the category, after The Exorcist in 1973 and Jaws in 1975. The film is considered “culturally, historically or aesthetically” significant by the U.S. Library of Congress and was selected to be preserved in the National Film Registry in 2011. A sequel titled Hannibal was released in 2001 with Hopkins reprising his role, followed by two prequels: Red Dragon (2002) and Hannibal Rising (2007).

The Silence of the Lambs is based on a young FBI trainee, Clarice Starling, who is working hard to advance her career, including trying to hide and put behind her West Virginia roots, of which if some knew would automatically classify her as being backwards or white trash. After graduation, she aspires to work in the agency’s Behavioural Science Unit under the leadership of Jack Crawford. While she is still a trainee, Crawford does ask her to question Dr Hannibal Lecter, a psychiatrist imprisoned thus far for eight years in maximum security isolation for being a serial killer, he who cannibalised his victims. Clarice is able to figure out the assignment is to pick Lecter’s brains to help them solve another serial murder case, that of someone coined by the media as Buffalo Bill who has so far killed five victims, all located in the eastern US, all young women who are slightly overweight especially around the hips, all who were drowned in natural bodies of water, and all who were stripped of large swaths of skin. She also figures that Crawford chose her as a woman to be able to trigger some emotional response from Lecter. After speaking to Lecter for the first time, she realises that everything with him will be a psychological game with her having often to read between the very cryptic lines he provides. She has to decide how much she will play along as his request in return for talking to him is to expose herself emotionally to him. The case takes more dire turns when a sixth victim is discovered, this one from who they are able to retrieve a key piece of evidence if Lecter is being forthright as to its meaning. A potential seventh victim is a high profile Catherine Martin, the daughter of Senator Ruth Martin, which places greater scrutiny on the case as they search for a hopefully still alive Catherine. Who may factor into what happens is Dr Frederick Chilton, the warden at the prison, he an opportunist who sees the higher profile with Catherine, meaning a higher profile for himself if he can insert himself successfully into the proceedings. 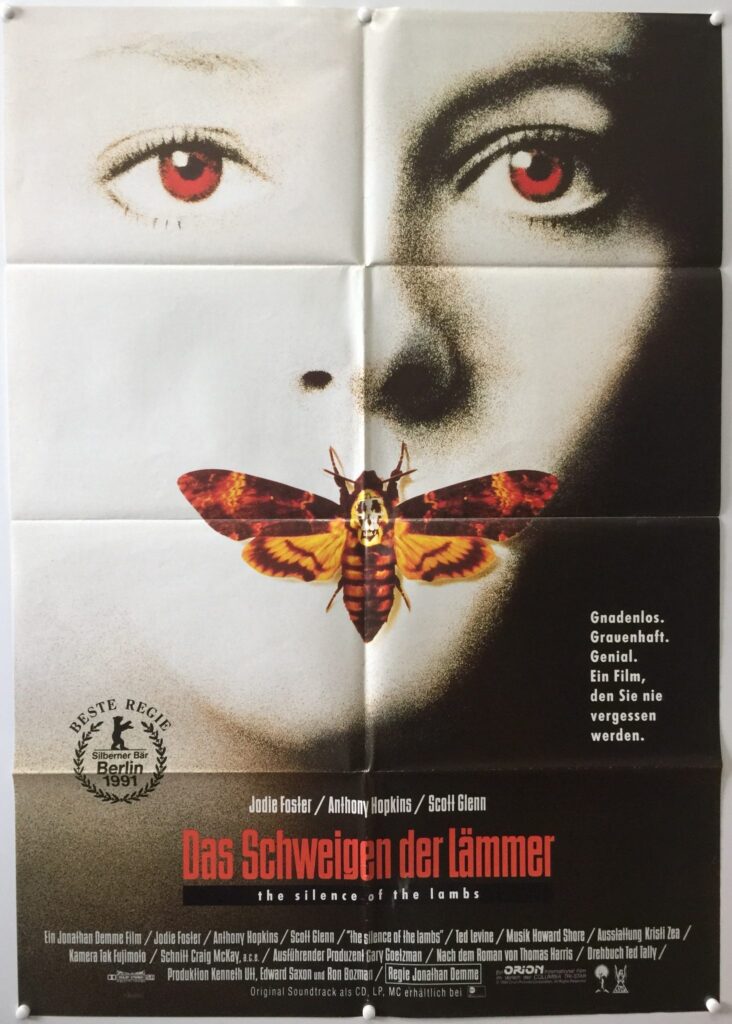