Sin City (also known as Frank Miller’s Sin City) is a 2005 American neo-noir crime anthology film written, produced, and directed by Frank Miller and Robert Rodriguez. It is based on Miller’s graphic novel of the same name.

Much of the film is based on the first, third and fourth books in Miller’s original comic series. The Hard Goodbye is about a man who embarks on a brutal rampage in search of his one-time sweetheart’s killer, killing anyone, even the police, that gets in his way of finding and killing her murderer. The Big Fat Kill focuses on an everyman getting caught in a street war between a group of prostitutes and a group of mercenaries, the police and the mob. That Yellow Bastard follows an ageing police officer who protects a young woman from a grotesquely disfigured serial killer. The intro and outro of the film are based on the short story “The Customer is Always Right”, which is collected in Booze, Broads & Bullets, the sixth book in the comic series.

Sin City opened to wide critical and commercial success, gathering particular recognition for the film’s unique colour processing, which rendered most of the film in black and white but retained or added colouring for selected objects. The film was screened at the 2005 Cannes Film Festival in competition and won the Technical Grand Prize for the film’s “visual shaping”. 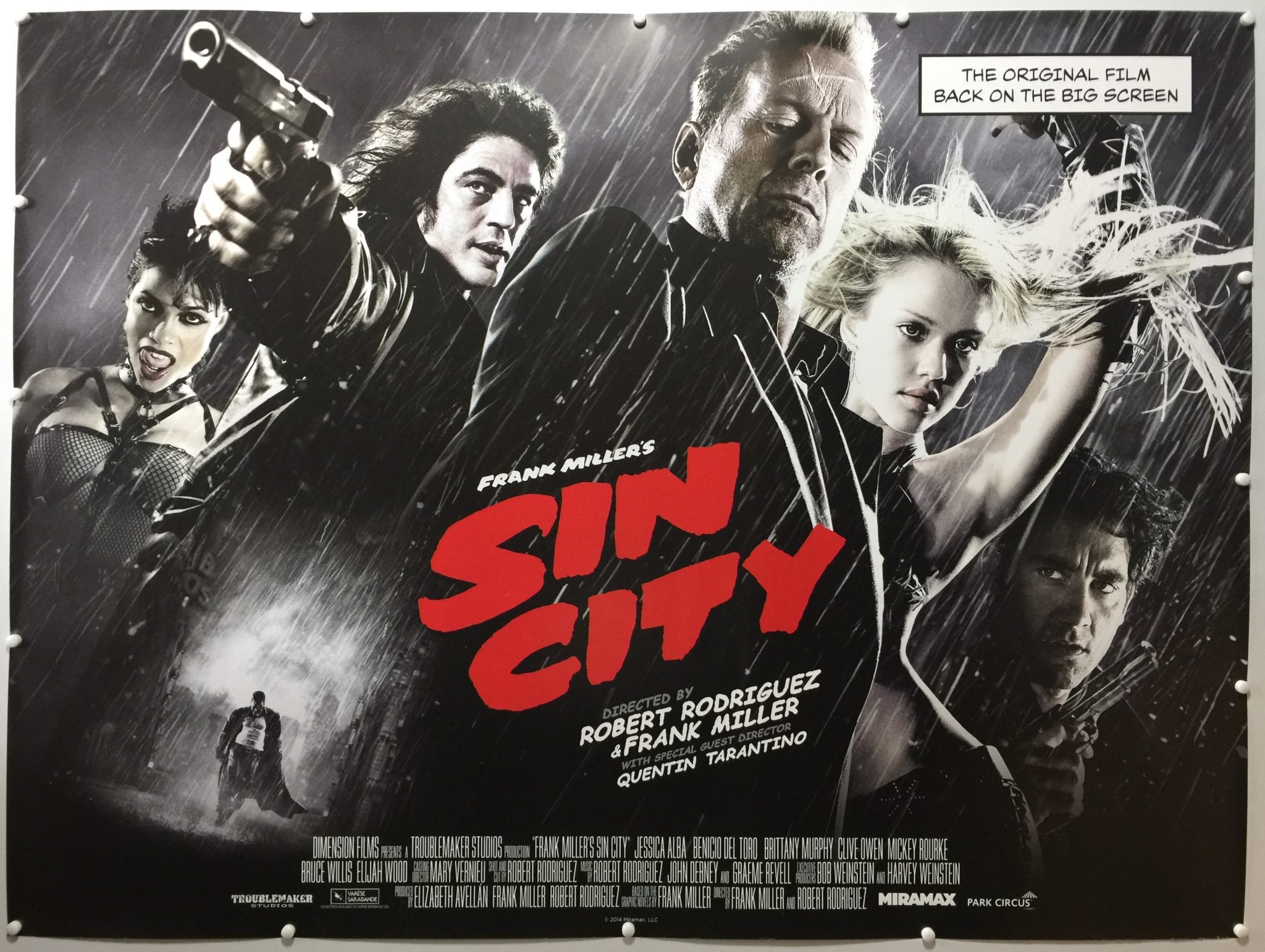