The plot focuses on the Rebel Alliance, led by Princess Leia (Fisher), and its attempt to destroy the Galactic Empire’s space station, the Death Star. This conflict disrupts the isolated life of farmhand Luke Skywalker (Hamill) who inadvertently acquires a pair of droids that possess stolen architectural plans for the Death Star. When the Empire begins a destructive search for the missing droids, Skywalker accompanies Jedi Master Obi-Wan Kenobi (Guinness) on a mission to return the plans to the Rebel Alliance and rescue Leia from her imprisonment by the Empire.

Star Wars was released theatrically in the United States on May 25, 1977. It earned $461 million in the U.S. and $314 million overseas, totalling $775 million. It surpassed Jaws (1975) to become the highest-grossing film of all time, until the release of E.T. the Extra-Terrestrial (1982). When adjusted for inflation, Star Wars is the second-highest-grossing film in North America, and the third-highest-grossing film in the world. The film received ten Academy Award nominations (including Best Picture), winning seven. It was selected to become part of the U.S. National Film Registry by the Library of Congress in its first year of opening as being “culturally, historically, or aesthetically significant”; at the time, it was the newest film to be selected, and it was the only film from the 1970s to be chosen. The film’s soundtrack was added to the U.S. National Recording Registry 15 years later. Today, it is often regarded as one of the best films of all time, as well as one of the most important films in the history of motion pictures. It also launched an industry of media tie-in products, including TV series spinoffs, novels, comic books, and video games, as well as various other merchandise, such as toys, games, clothing, and other paraphernalia.

The film’s massive success led to the production of two sequels: The Empire Strikes Back (1980) and Return of the Jedi (1983), both of which became critically and commercially successful. Since 1977, Star Wars was subsequently reissued multiple times at Lucas’ behest, incorporating many changes including modified computer-generated effects, altered dialogue, re-edited shots, remixed soundtracks, and added scenes. A prequel trilogy was later released between 1999 and 2005, followed by a sequel trilogy which began in 2015. 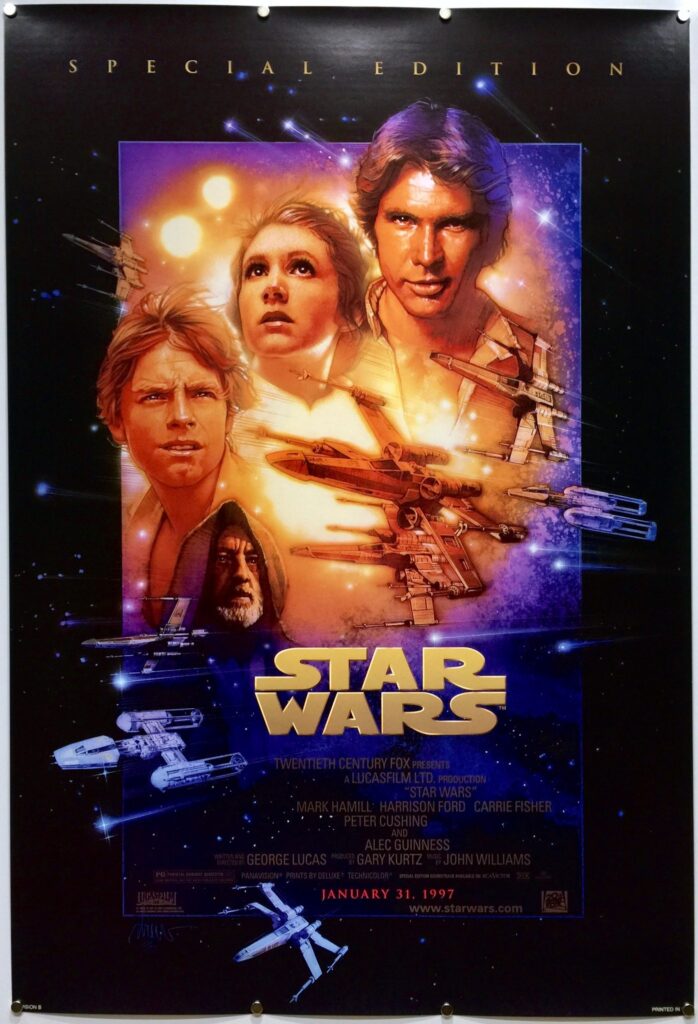