The Force Awakens is the first film in the Star Wars sequel trilogy announced after Disney’s acquisition of Lucasfilm in October 2012. It was produced by Abrams, his longtime collaborator Bryan Burk, and Lucasfilm president Kathleen Kennedy. Abrams and Lawrence Kasdan, co-writer of the original trilogy films The Empire Strikes Back (1980) and Return of the Jedi (1983), rewrote an initial script by Michael Arndt. John Williams, composer for the previous six films, returned to compose its score. Star Wars creator George Lucas served as creative consultant during the film’s early production. Filming began in April 2014 in Abu Dhabi and Iceland, with principal photography also taking place in Ireland and Pinewood Studios in England, and concluded in November 2014. It is the first live-action film in the franchise since Star Wars: Episode III – Revenge of the Sith, released ten years before in 2005.

Star Wars: The Force Awakens was widely anticipated, with Disney backing the film through extensive marketing campaigns. It premiered in Los Angeles on December 14, 2015, four days before its wide release in North America. The film received overwhelmingly positive reviews, with its ensemble cast and action sequences being particular areas of praise. The film broke many box office records, becoming the highest-grossing instalment of the franchise, the highest-grossing film in North America (not adjusted for inflation), and the third highest-grossing film of all time with a worldwide gross of over $2 billion. It received five Academy Award nominations and four British Academy Film Award nominations, where it won Best Special Visual Effects. Two sequels, Episode VIII and Episode IX, are scheduled for 2017 and 2019 respectively. 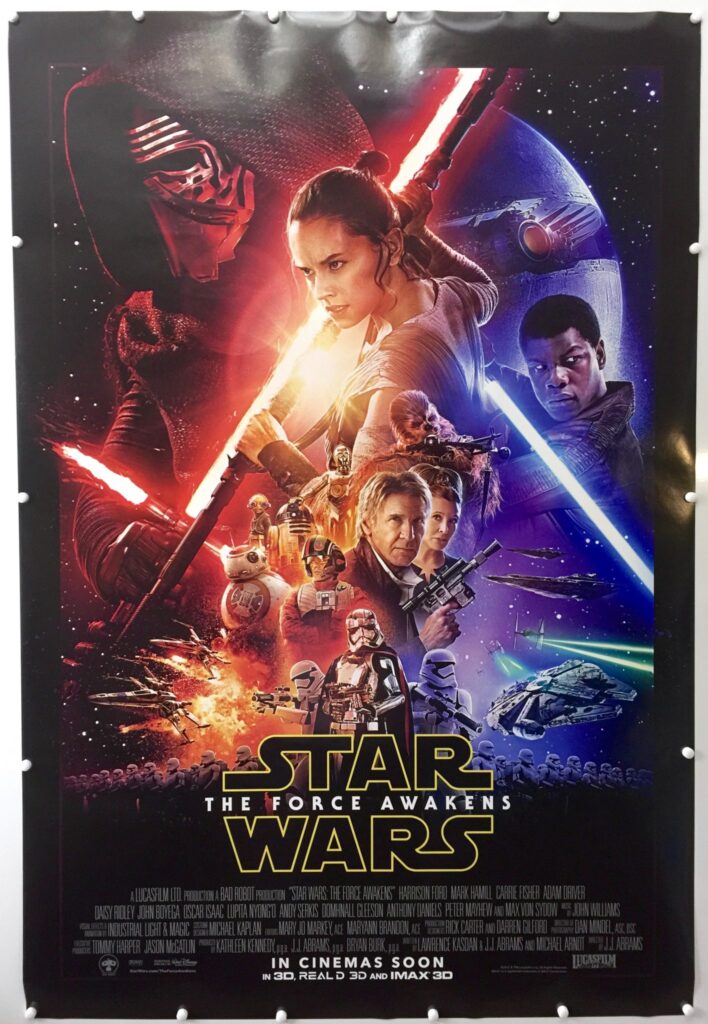