Starship Troopers is a 1997 film directed by Paul Verhoeven. It was co-produced by Jon Davison and Alan Marshall with Edward Neumeier writing the screenplay. The idea had originally came from an unrelated script called Bug Hunt at Outpost Nine, but eventually the name was changed to Starship Troopers after licensing the name from the science fiction novel by Robert A. Heinlein. It stars Casper Van Dien, Dina Meyer, Denise Richards, Jake Busey, Neil Patrick Harris, Clancy Brown, Seth Gilliam, Patrick Muldoon, Michael Ironside and Bruce Gray.

The storyline set in the 23rd century, follows a young soldier called John “Johnny” Rico, and his exploits in the Mobile Infantry, a futuristic military unit. Rico’s military career progresses from recruit to non-commissioned officer and finally to officer against the backdrop of an interstellar war between mankind and an insectoid species known as “Arachnids”.

When similarities, were pointed out between the film and the novel, especially the “bugs”, the producers licensed the rights to the book and tweaked character names and circumstances to match. Paul Verhoeven had never read the book, and attempted to read it for the film, but said it made him “bored and depressed”, so he read only a few chapters, “I stopped after two chapters because it was so boring,…It is really quite a bad book. I asked Ed Neumeier to tell me the story because I just couldn’t read the thing. It’s a very right-wing book.”

There were several cameos in Starship Troopers such as producer Jon Davison appearing as an angry Buenos Aires resident who says to the FedNet camera “The only good Bug is a dead Bug!”. Screenwriter Ed Neumeier also appeared as the quickly captured, convicted, and condemned murderer in another FedNet clip. Former U.S. Marine Dale Dye, whose company Warriors, Inc. provided technical military advice on the film, appeared as a high-ranking officer following the capture of the Brain Bug (“What’s it thinking, Colonel?”).

Two nude scenes were kept in the original version (the co-ed shower and a bedroom romp between Rico and Dizzy), although these were modified in the broadcast version. In the Audio Commentary released on the DVD, it is said that the cast only agreed to do the co-ed shower scene if Paul Verhoeven agreed to direct the scene naked, which he did.

Principle photography was completed in the badlands of Hell’s Half Acre in Natrona County, Wyoming where the “bug planet” scenes were filmed. Additional filming was completed in California, USA.

When Starship Troopers was released it received negative reviews from the critics. The film was panned by Janet Maslin of The New York Times, Jeff Vice of the Deseret News, and Roger Ebert of the Chicago Sun-Times, all of whom called it shallow and oriented toward teenage, male science fiction fans; Roger Ebert had previously praised the satire in Paul Verhoeven’s Robocop. On Rotten Tomatoes it currently holds a rating of 63% with the general consensus being, “A fun movie…if you can accept the excessive gore and wooden acting.”

Commercially, Starship Troopers was a disappointment at the box office, only just recouping it initial outlay. Having been produced with an estimated production budget of $105m, it started strongly in its opening weekend and took $22,058,773 at the US box office. It went on to take $121,214,377 in total worldwide box office receipts. Despite the negative reviews it was nominated for an Academy Award for Best Visual Effects and was nominated for 5 Saturn Award at the Academy of Science Fiction, Fantasy & Horror Films where it won 2. 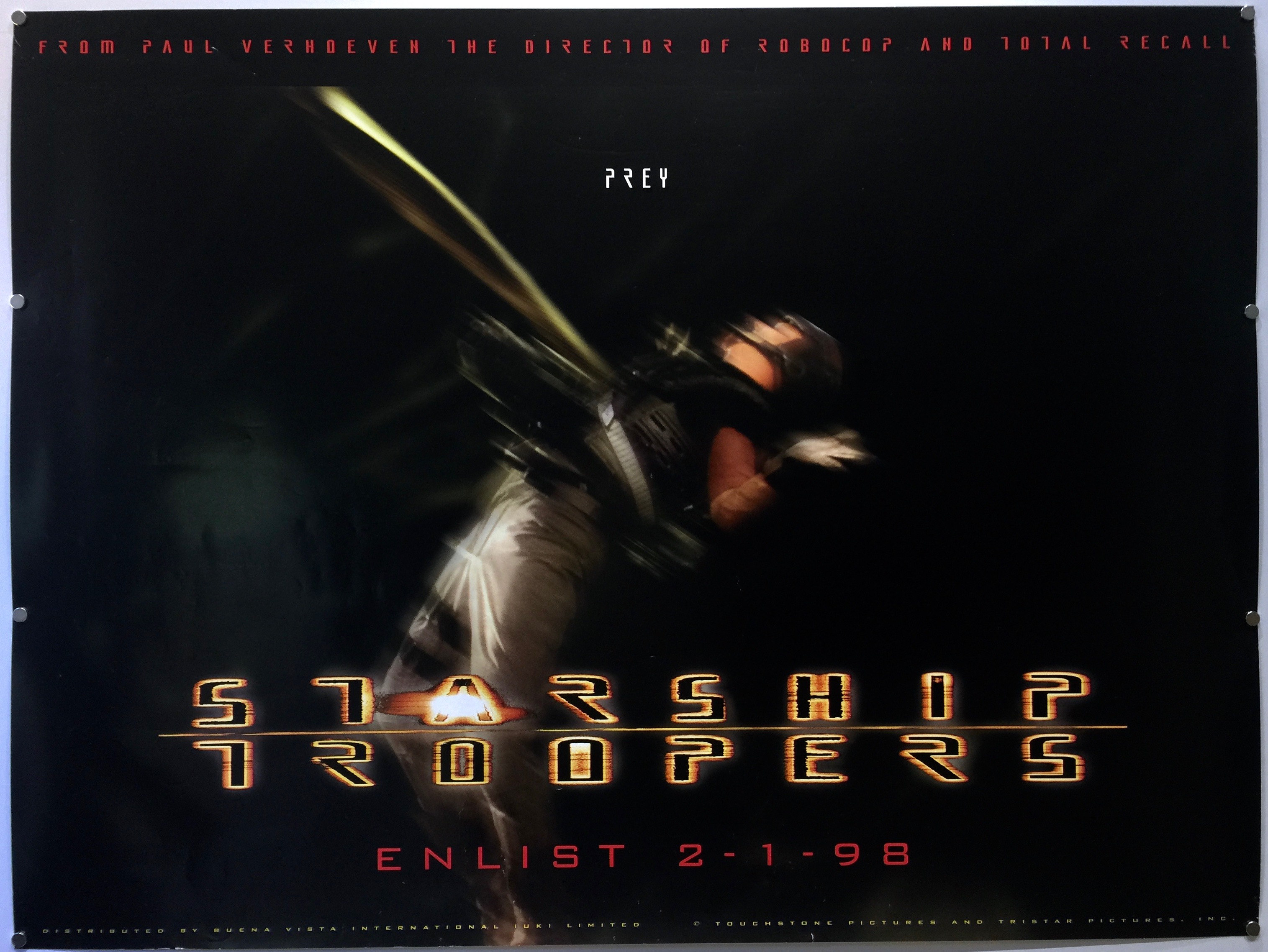