Suicide Squad is a 2016 American superhero film based on the DC Comics antihero team of the same name. It is the third instalment in the DC Extended Universe. The film is written and directed by David Ayer and stars an ensemble cast featuring Will Smith, Jared Leto, Margot Robbie, Joel Kinnaman, Viola Davis, Jai Courtney, Jay Hernandez, Adewale Akinnuoye-Agbaje, Ike Barinholtz, Scott Eastwood and Cara Delevingne. In Suicide Squad, a secret government agency led by Amanda Waller recruits imprisoned supervillains to execute dangerous black ops missions and save the world from a powerful threat, in exchange for leaner sentences.

By February 2009, a Suicide Squad film was in development at Warner Bros. Pictures. Ayer signed on to write and direct in September 2014, and by October, the casting process had begun. Principal photography began on April 13, 2015, in Toronto, Ontario, with additional filming in Chicago, Illinois, and ended in August that year.

Suicide Squad premiered in New York City on August 1, 2016, and was released in the United States on August 5, 2016, in 2D, 3D and IMAX 3D. Following a strong debut that set new box office records, the film has amassed $577.6 million in global ticket sales. Critical response to the film was generally negative, with criticism aimed towards the editing, directing and writing, though the cast was widely praised. 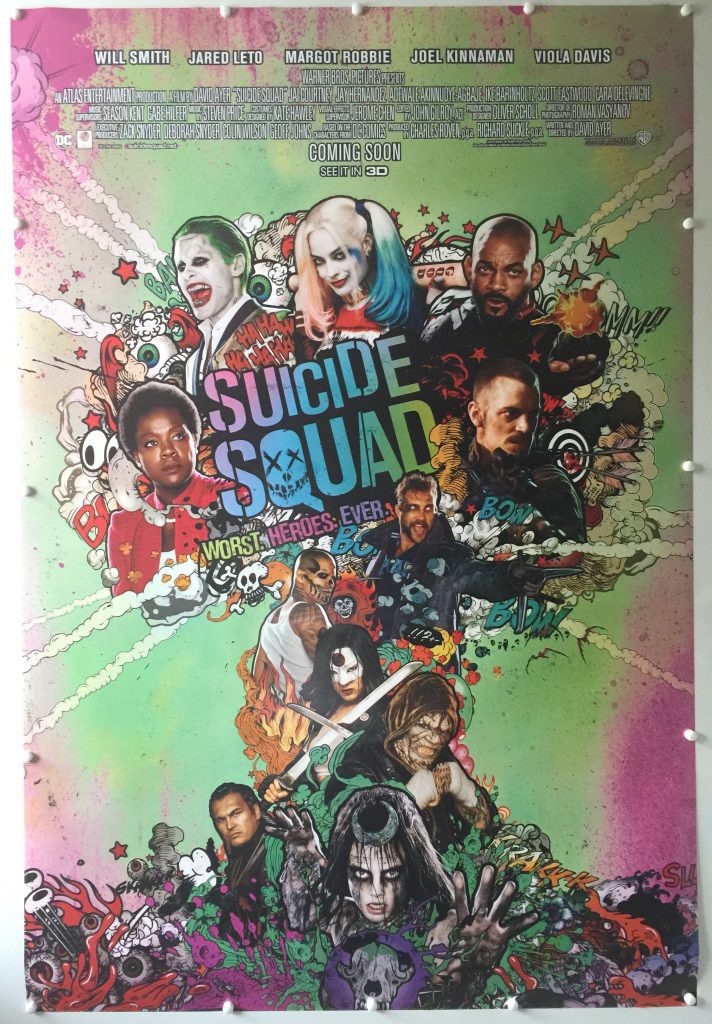