Superman (also known as Superman: The Movie) is a 1978 film directed by Richard Donner. It is based on the DC Comics character of the same name and stars Marlon Brando, Gene Hackman, Christopher Reeve, Margot Kidder, Glenn Ford, Phyllis Thaxter, Jackie Cooper, Trevor Howard, Marc McClure, Terence Stamp, Valerie Perrine, and Ned Beatty. The film depicts Superman’s origin, including his infancy as Kal-El of Krypton and his youthful years in the rural town of Smallville. Disguised as reporter Clark Kent, he adopts a mild-mannered disposition in Metropolis and develops a romance with Lois Lane, while battling the villainous Lex Luthor.

Several directors, most notably Guy Hamilton, and screenwriters (Mario Puzo, David and Leslie Newman, and Robert Benton), were associated with the project before Donner was hired to direct. Tom Mankiewicz was drafted in to rewrite the script and was given a “creative consultant” credit. It was decided to film both Superman and Superman II simultaneously, with principal photography beginning in March 1977 and ending in October 1978. Tensions arose between Donner and the producers, and a decision was made to stop filming the sequel—of which 75 percent had already been completed—and finish the first film.

The most expensive film made up to that point, with a budget of $55 million and was released in December 1978 to critical acclaim and financial success, earning $300 million during its original theatrical run. Reviewers particularly praised Reeve’s performance. It was nominated for three Academy Awards including Best Film Editing, Best Music (Original Score), and Best Sound Mixing, and received a Special Achievement Academy Award for Visual Effects. Groundbreaking in its use of special effects and science fiction/fantasy storytelling, the film’s legacy presaged the mainstream popularity of Hollywood’s superhero film franchises.

Superman II is a 1980 film directed by Richard Lester and stars Gene Hackman, Christopher Reeve, Terence Stamp, Ned Beatty, Sarah Douglas, Margot Kidder and Jack O’Halloran. The film was released in Australia and mainland Europe on 4th December 1980, and in other countries throughout 1981. Selected premiere engagements of the film were presented in Megasound, a high-impact surround sound system similar to Sensurround.

Superman II is well known for its controversial production. The original director Richard Donner had completed, by his estimation, roughly 75% of the movie in 1977 before being taken off the project. Many of the scenes were shot by second director Richard Lester, who had been an uncredited producer on the first film. However, in order to receive full director’s credit, Lester had to shoot up to 51% of the film, which included refilming several sequences originally filmed by Donner. According to statements made by Donner, roughly 25% of the theatrical cut of Superman II contains footage he shot, including all of Gene Hackman’s scenes. In 2006, a re-cut of the film was released titled Superman II: The Richard Donner Cut, restoring as much of Donner’s original conception as possible including deleted footage of Marlon Brando as Jor-El.

The film received positive reviews from film critics, who praised the visual effects and story, as well as Reeve’s performance. It grossed $190 million against a production budget of $54 million. Three years after the film’s release, a second sequel, Superman III, was released, for which Lester returned as director. 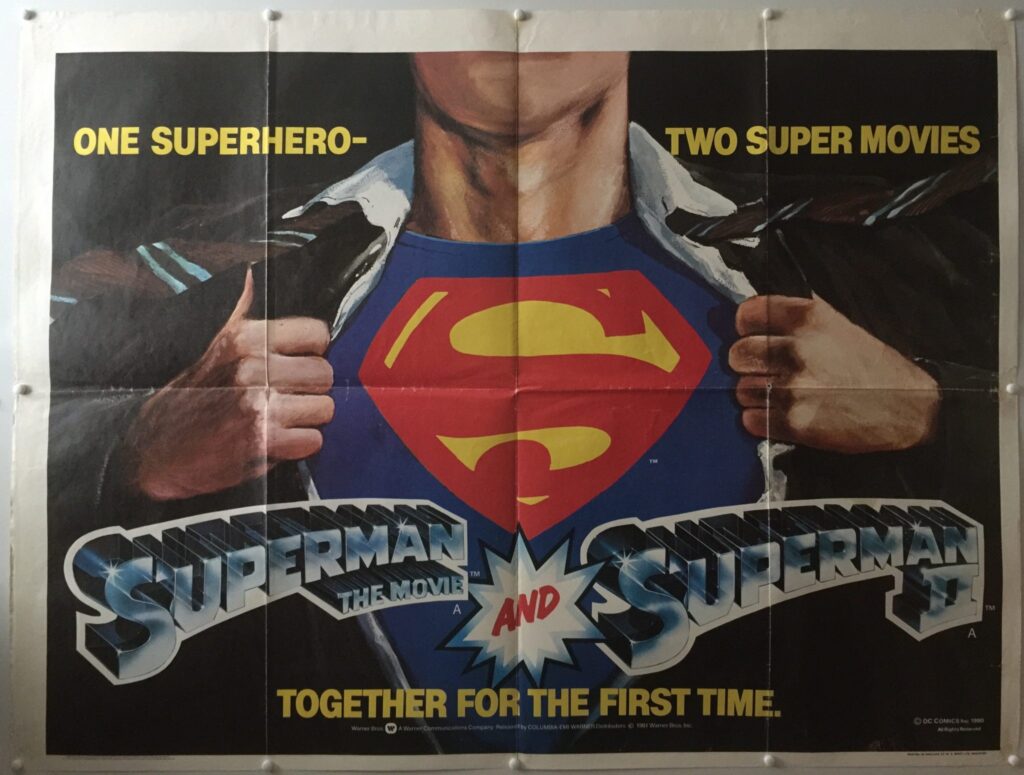