Superman (also known as Superman: The Movie) is a 1978 film directed by Richard Donner and based on the DC Comics character. The film was produced by Pierre Spengler and the screenplay was written by Mario Puzo, David Newman, Leslie Newman and Robert Benton. Superman stars Christopher Reeve, Margot Kidder, Gene Hackman, Marlon Brando and Jackie Cooper.

The film starts with developing the story behind Superman from his origin as an infant on Kal-El of Krypton through to his teenage years in a small rustic town of Smallville. In adulthood he takes on an alter ego call Clark Kent, a reporter for the Daily Planet, possessing a mild-mannered disposition in Metropolis. While working for the Daily Planet he develops an affection for Lois Lane all the while battling the villainous Lex Luthor as Superman.

Prior to filming several directors including Guy Hamilton and screenwriters were associated yet Richard Donner was hired to direct the film. The reason for the change in director from Guy Hamilton to Richard Donner was because Hamilton was a tax exile in the UK. When production was moved to Pinewood Studio he tax status became known and as such would only be allowed in the UK for 30 days.

When the film was released it was the most expensive ever made with a production budget of $55m. Despite its high production cost it was a huge financial success and grossed $300,218,018 in worldwide box office receipts. As well as being commercially successful it also received critically positive reviews which highlighted Christopher Reeve’s performance. It received Academy Award nominations for Best Sound, Best Film Editing and Best Music and won a Special Achievement Award for Visual Effects. 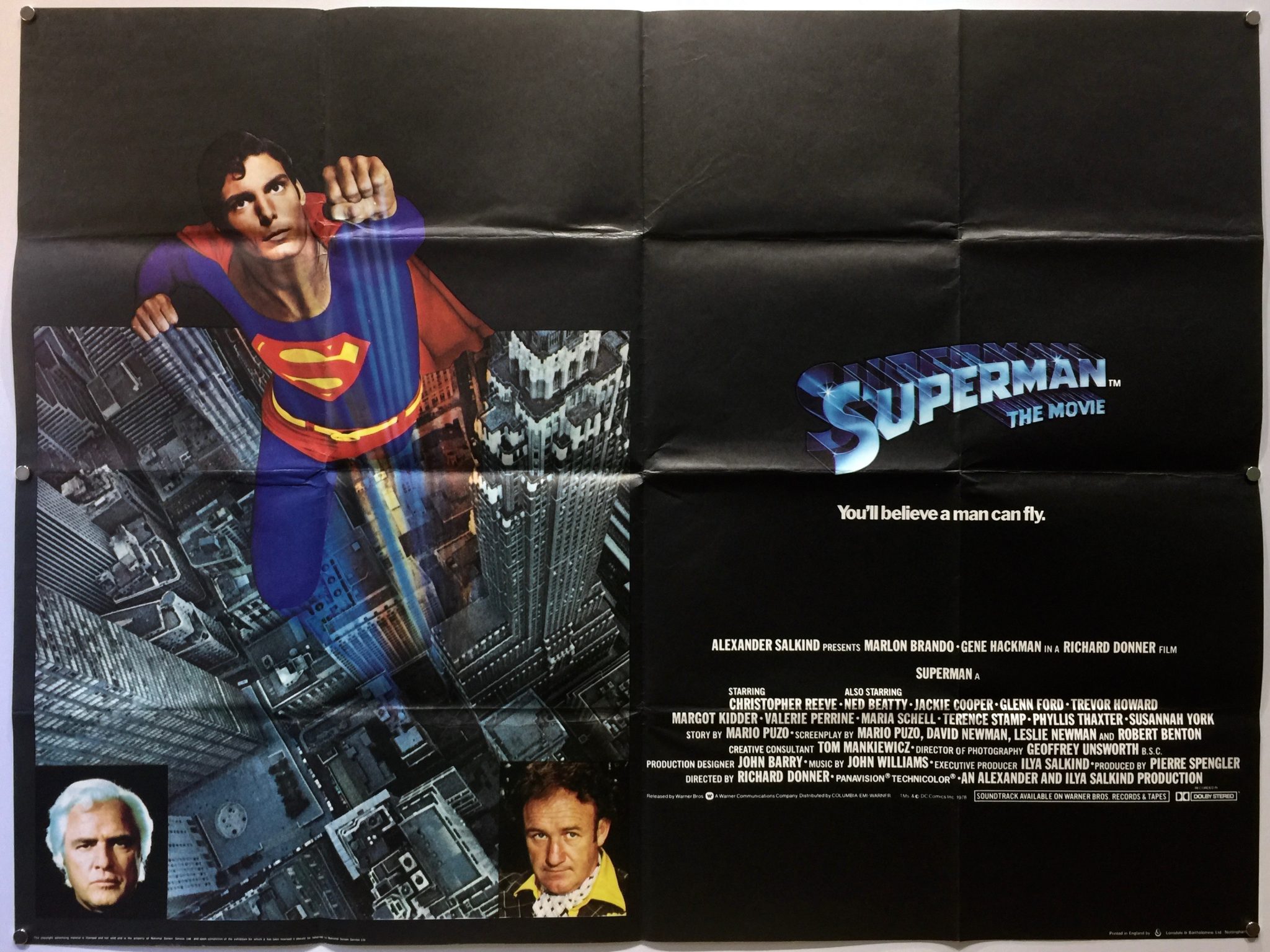