The film is a sequel to 1996 original film Trainspotting and features the original cast.

T2 Trainspotting is a continuation from the first film and is set 20 years later.Mark Renton returns home to Edinburgh from Amsterdam. His father (James Cosmo) lives alone since the death of Mark’s mother. Spud Murphy struggles with his heroin addiction and its legacy. Simon continues to live a life of cons along with his girlfriend Veronika while working as landlord of a pub bequeathed to him by his aunt. Francis Begbie is serving a long prison sentence and has just been denied parole due to his violent temper. After seeing his father, Mark goes to see Spud at his flat, finding him in a desperate condition. Mark wants to help Spud out of his heroin addiction and to reconcile with Simon, who remains angry with Mark betraying them (though according to Mark, Simon would’ve done the same).

Begbie purposefully hospitalises himself and subsequently escapes taking advantage of the low security. He briefly reunites with his family and visits Simon. Simon feigns friendship with Renton as his ulterior motive, collaborating with Begbie, is for revenge. Simon and Renton manage to secure European development funds to establish a leisure club at Simon’s pub. Begbie and Renton accidentally meet at a nightclub but Renton escapes. Begbie then visits Spud to find out where Renton is hiding. Veronika coincidentally visits Spud at the same time. Using Veronika’s mobile phone, Begbie deceives both Simon and Renton to meeting at Simon’s pub via a text message. Veronika and Spud, using Spud’s forgery skills, move the funding money to Veronika’s bank account. Simon and Renton meet at the specified time just as Spud arrives to warn them of Begbie’s trap. Before they can escape, Begbie arrives and a fight ensues resulting in Begbie being knocked unconscious. Simon and Renton deposit Begbie back to the doors of the prison in a car boot. Veronika keeps the money she stole off Simon and Renton intending to give Spud half. However, Spud refuses, following his misappropriation of previously received funds and bequeaths it to his wife and child. Veronika returns to Bulgaria. Spud begins a new career as a novelist. Renton moves back into his parent’s home. 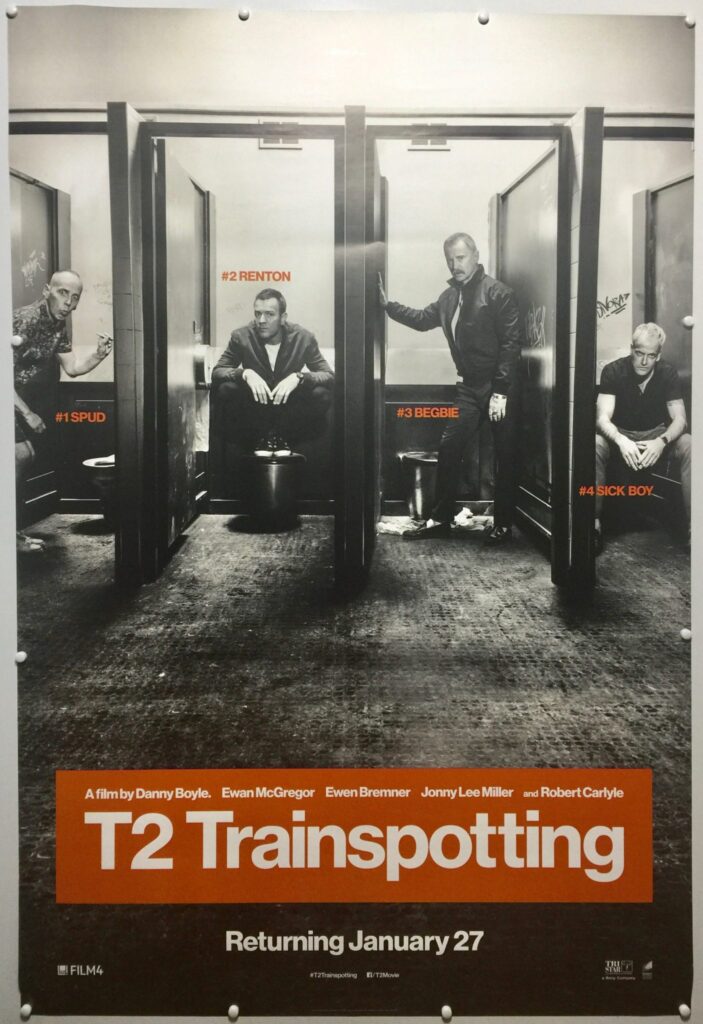