A sequel to Danny Boyle’s 1996 film, Trainspotting, the film stars the original cast which includes Ewan McGregor, Ewen Bremner, Jonny Lee Miller, Robert Carlyle and Kelly Macdonald. T2 Trainspotting was released in the UK on 27th January 2017 and was released worldwide throughout February and March 2017.

The film has received positive reviews from critics and made strong box office takings on its opening weekend making $6,444,282.

T2 Trainspotting is a continuation from the first film, Trainspotting. First, there was an opportunity……then there was a betrayal. Twenty years have gone by. Much has changed but just as much remains the same. Mark Renton (Ewan McGregor) returns to the only place he can ever call home. They are waiting for him: Spud (Ewen Bremner), Sick Boy (Jonny Lee Miller), and Begbie (Robert Carlyle). Other old friends are waiting too: sorrow, loss, joy, vengeance, hatred, friendship, love, longing, fear, regret, diamorphine, self-destruction and mortal danger, they are all lined up to welcome him, ready to join the dance. 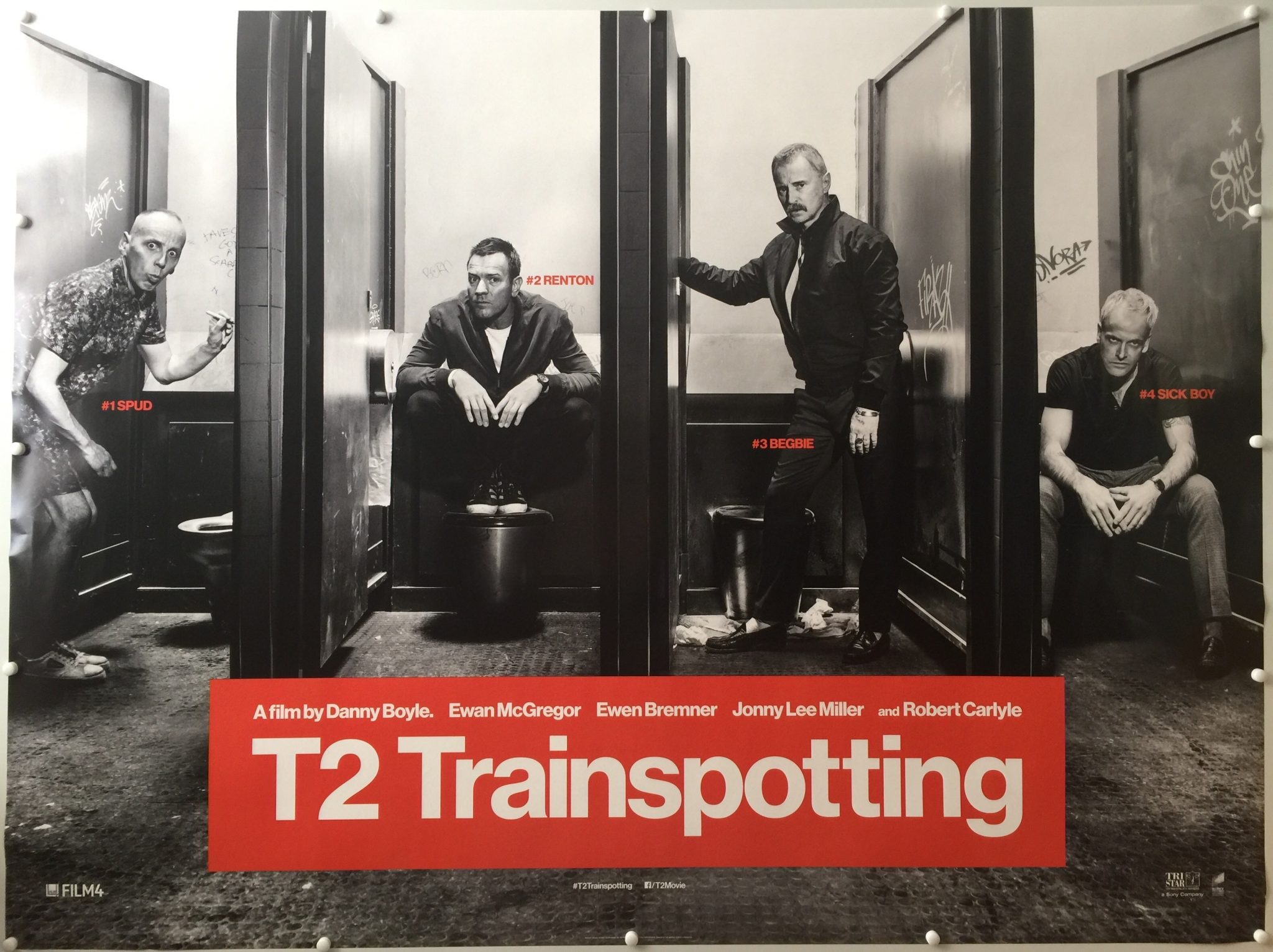