The Blair Witch Project is a 1999 American found footage horror film written, directed, and edited by Daniel Myrick and Eduardo Sánchez and produced by Haxan Films. The film relates the fictional story of three student filmmakers (Heather Donahue, Michael C. Williams, and Joshua Leonard) who disappeared while hiking in the Black Hills near Burkittsville, Maryland in 1994 to film a documentary about a local legend known as the Blair Witch. The viewers are told the three were never seen or heard from again, although their video and sound equipment (along with most of the footage they shot) was discovered a year later and that this “recovered footage” is the film the viewer is watching.

While the film received unexpected acclaim from critics, audience reception was polarised. It became a resounding box office success–grossing over US$248 million worldwide, making it one of the most successful independent films of all time. The DVD was released on October 26, 1999 and, in 2010, a Blu-ray edition was released.

A sequel was released on October 27, 2000 titled Book of Shadows: Blair Witch 2. Another sequel was planned for the following year, but did not materialise. On September 2, 2009, it was announced that Sánchez and Myrick were pitching the third film. A trilogy of video games based on the films was released in 2000. The Blair Witch franchise has since expanded to include various novels, dossiers, comic books and additional merchandise.

On July 22, 2016, an official trailer for a sequel to the film, directed by Adam Wingard and entitled Blair Witch, was released at San Diego Comic-Con. The film, produced by Lionsgate, is slated for a September 16, 2016 release. 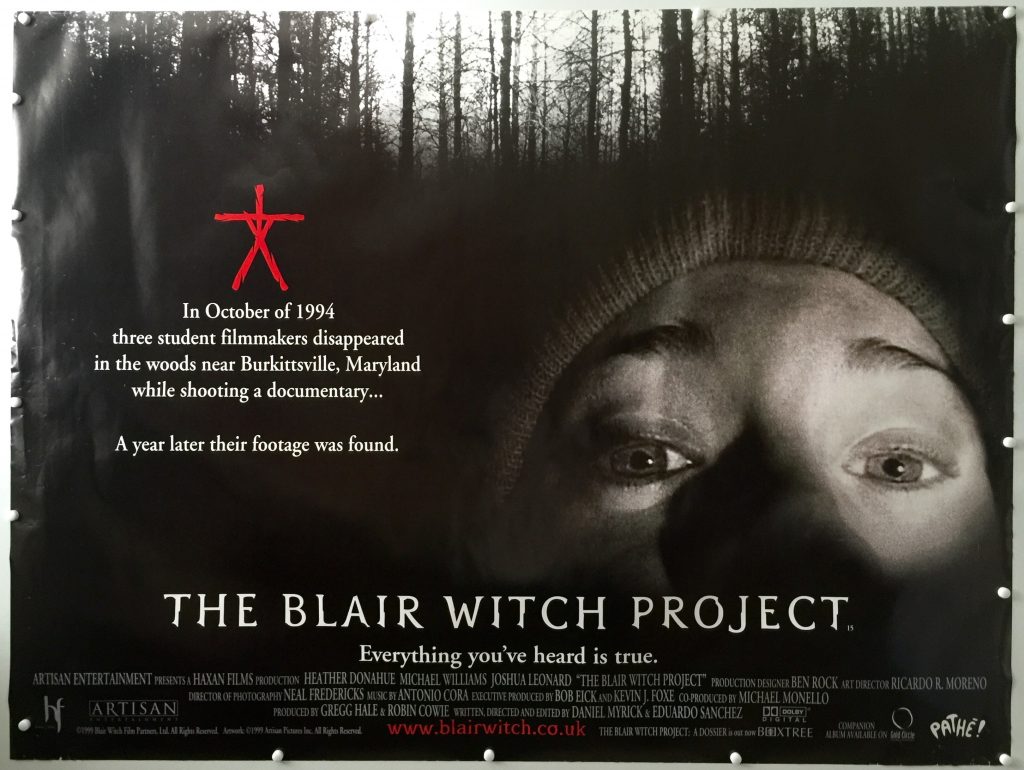