The storyline of The Business, follows Frankie, a young Cockney who’s had enough of living in his South London estate. He is offered a job, to deliver a bag to “Playboy Charlie”. He jets off to Spain and meets “Playboy Charlie”, an ex-pat and criminal-on-the-run, a suave and dapper man who is very successful in Spain and runs his own nightclub and drugs business and lives a life of luxury. Charlie impressed by Frankie’s honesty in not opening the bag, takes a liking to him and introduces him to his business associates including the psychopathic Sammy, and invites him to remain in Spain and work as his driver. Frankie discovers that they are in fact the “Peckham Four”, wanted for armed robbery back in Britain. He becomes involved in the drug smuggling operation and enjoys the exciting life of sun, drugs, women, money, fast cars, designer clothes and a reputation but also the downfall as greed and paranoia set in.

When The Business was released it received largely positive reviews from lads’ mags. Who incidentally also targeted the same audience and the film’s intended audience. Front Magazine said the film has “more guns than Goodfellas, more coke than Casino and more swearing than Scarface”; Nuts magazine said that the film is “the coolest British film since Layer Cake”. Zoo magazine said “this film will actually make you think that the ’80s were cool. Another top job by the director of The Football Factory”; What’s on TV said, “A rush of ’80s mood, fashion and music and nail-biting climax are the icing on a brilliant crime cake”. Away from these reviews it was mixed to negative.

The Business was produced on an estimated budget of £2m. In its opening weekend release it achieved £531,267 and by the following weekend 11th September 2005 it was £1,144,526. Unfortunately final box office receipts for the film are unavailable. 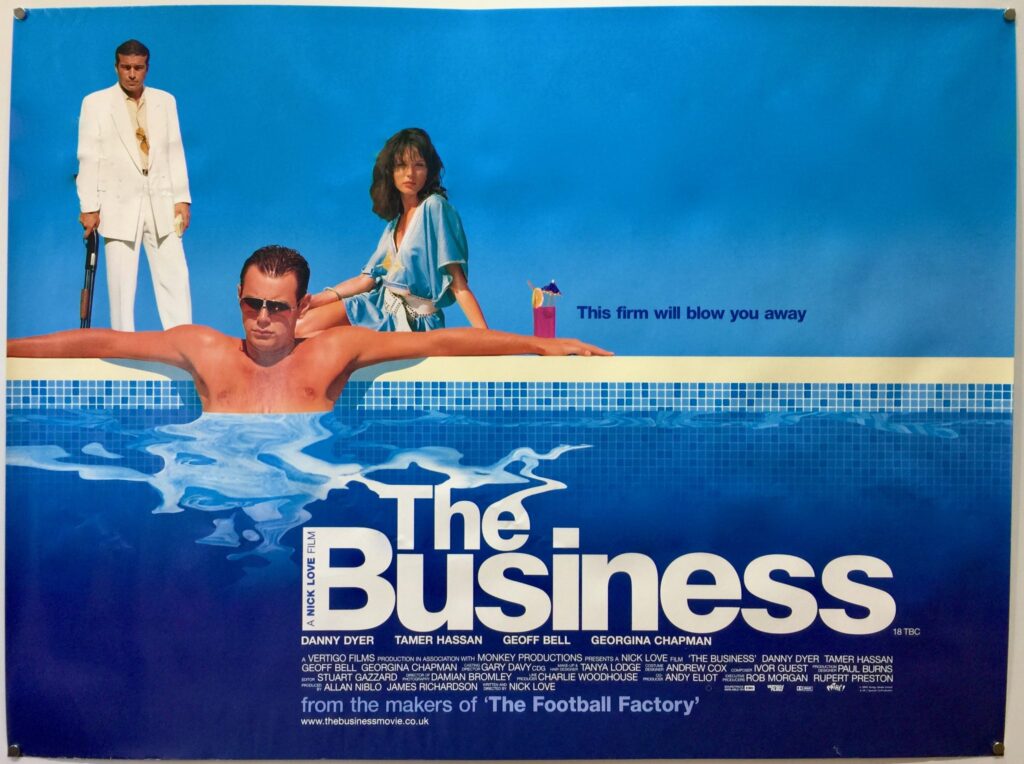