The Commitments is a 1991 film directed by Alan Parker. It was co-produced by Roger Randall-Cutler and Lynda Myles. The screenplay was co-written by Dick Clement, Ian La Frenais and Roddy Doyle based on the 1987 novel The Commitments by Roddy Doyle. The Commitments stars Robert Arkins, Michael Aherne, Angeline Ball, Maria Doyle Kennedy, Dave Finnegan, Bronagh Gallagher, Glen Hansard, Dick Massey and Johnny Murphy.

The Commitments is set in the Northside of Dublin and tells the story of Jimmy Rabbitte, a young music fanatic who aspires to manage an Irish soul band in the tradition of the 1960s African-American recording artists. After placing an advert in a local newspaper he assembles a group of working-class youths to form a soul band called The Commitments.

Principle photography took place in Dublin and used 44 different locations throughout the city. Although Roddy Doyle’s novel is set in the fictional Barrytown (which is based on Kilbarrack, where Doyle was a schoolteacher), it was Alan Parker who suggested Dublin.

When The Commitments was released it received mixed reviews from the critics. Roddy Doyle the original author, praised the film, stating that Alan Parker and the filmmakers did a “terrific job”. Roger Ebert awarded The Commitments three out of four stars and in his review wrote, ” … the movie is filled with life and energy, and the music is honest”. Janet Maslin stated, “The Commitments becomes repetitive after a while, since so much of it is about the group’s stage show, and since the effort to create an off-stage story never really works. Despite the mixed review it holds a current 88% rating on Rotten Tomatoes.

Commercially, The Commitments was a moderate box office success. Produced on an estimated production budget of $12m, it went on to take $14,919,570 in total US box office receipts.

The Commitments received various awards and nominations in categories ranging from recognition of the film itself to its writing, direction, editing and sound. It was nominated for an Academy Award for Best Film Editing and a Golden Globe for Best Motion Picture – Comedy or Musical. The film received the most acclaim at the BAFTA Awards being nominated for six awards where it won four; Best Screenplay, Best Direction, Best Editing and Best Film. 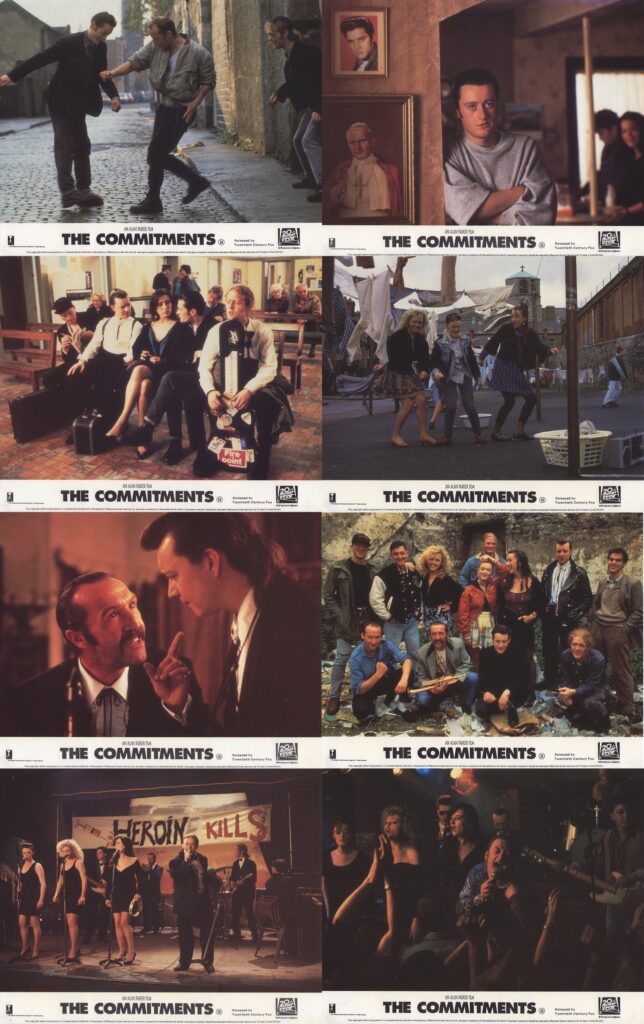