The Dark Knight is a 2008 superhero thriller film directed, produced, and co-written by Christopher Nolan. Featuring the DC Comics character Batman, the film is the second part of Nolan’s The Dark Knight Trilogy and a sequel to 2005’s Batman Begins, starring an ensemble cast including Christian Bale, Michael Caine, Heath Ledger, Gary Oldman, Aaron Eckhart, Maggie Gyllenhaal and Morgan Freeman. In the film, Bruce Wayne/Batman (Bale), James Gordon (Oldman) and Harvey Dent (Eckhart) form an alliance to dismantle organised crime in Gotham City, but are menaced by a criminal mastermind known as the Joker (Ledger) who seeks to undermine Batman’s influence and create chaos.

Nolan’s inspiration for the film was the Joker’s comic book debut in 1940, the 1988 graphic novel The Killing Joke, and the 1996 series The Long Halloween, which retold Two-Face’s origin. The nickname “the Dark Knight” was first applied to Batman in Batman #1 (1940), in a story written by Bill Finger. The Dark Knight was filmed primarily in Chicago, as well as in several other locations in the United States, the United Kingdom, and Hong Kong. Nolan used IMAX 70 mm film cameras to film some sequences, including the Joker’s first appearance in the film. The film is dedicated to Heath Ledger, who died on January 22, 2008, some months after the completed filming and six months before the film’s release, from a toxic combination of prescription drugs, leading to intense attention from the press and movie-going public. Warner Bros. initially created a viral marketing campaign for The Dark Knight, developing promotional websites and trailers highlighting screenshots of Ledger as the Joker.

A co-production of the United States and the United Kingdom, The Dark Knight was released on July 16, 2008 in Australia, on July 18, 2008 in North America, and on July 24, 2008 in the United Kingdom. Considered by film critics to be one of the best films of the 2000s and one of the best superhero films ever, the film received highly positive reviews and set numerous records during its theatrical run. The Dark Knight appeared on more critics’ top ten lists (287) than any other film of 2008 with the exception of WALL-E, and more critics (77) named The Dark Knight the best film of 2008 than any other film released that year. With over $1 billion in revenue worldwide, it is the 26th-highest-grossing film of all time, unadjusted for inflation. The film received eight Academy Award nominations; it won the award for Best Sound Editing and Ledger was posthumously awarded Best Supporting Actor. The Dark Knight Rises, the final film in the trilogy, was released on July 20, 2012. 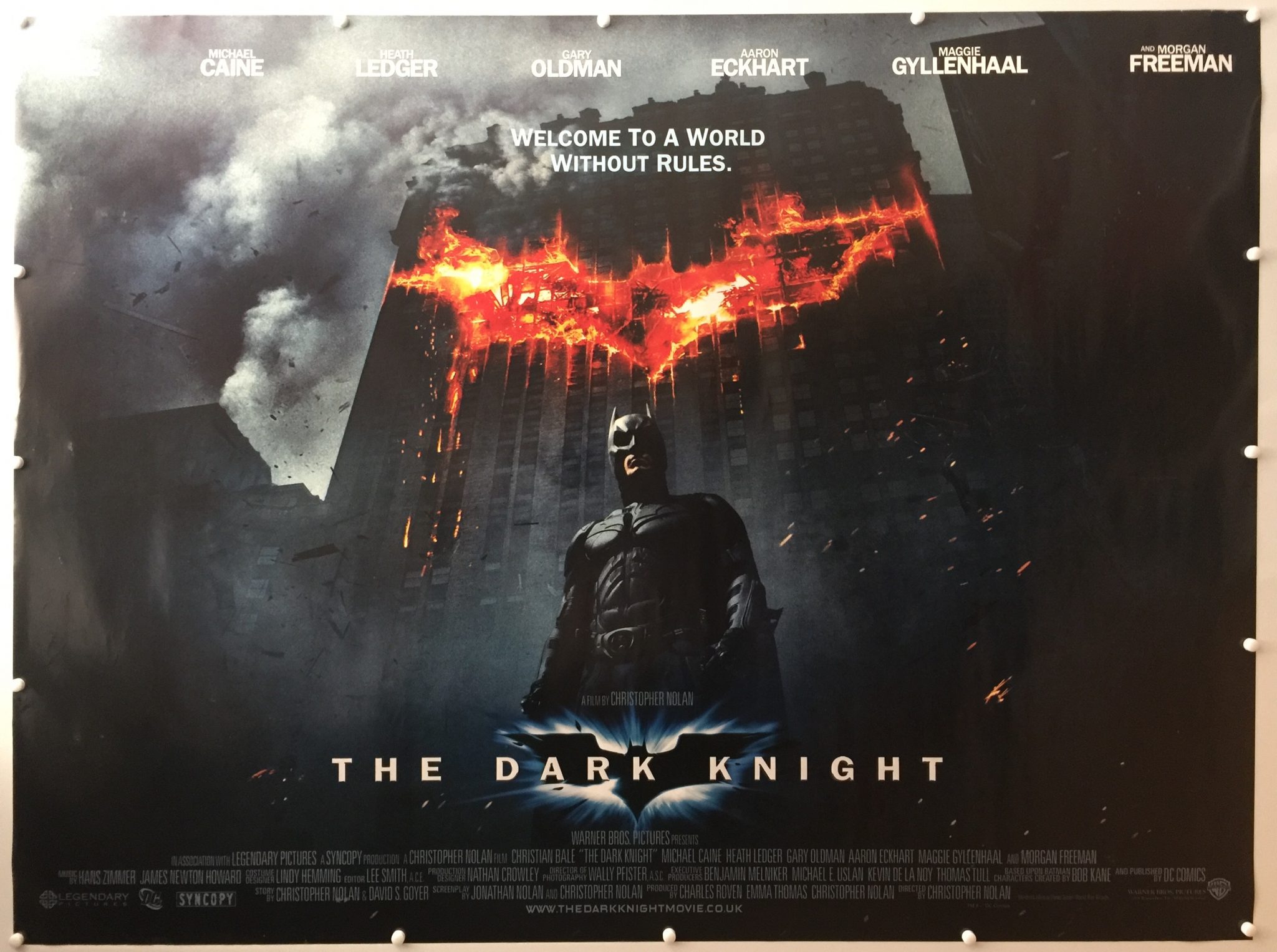