The Fog (also known as John Carpenter’s The Fog) is a 1980 film directed by John Carpenter, who also co-wrote the screenplay and created the music for the film. It stars Adrienne Barbeau, Jamie Lee Curtis, Tom Atkins, Janet Leigh and Hal Holbrook. It tells the story of a strange, glowing fog that sweeps in over a small coastal town in California, bringing with it the vengeful ghosts of mariners who were killed in a shipwreck there exactly 100 years before.

The Fog was Carpenter’s first theatrical film after the success of his 1978 horror film Halloween, which also starred Jamie Lee Curtis. Although initially given mixed reviews, the film has gained a positive reception in later years and has achieved a cult following years since its release. A remake of the film was made in 2005.

As the centennial of the small town of Antonio Bay, California approaches, paranormal activity begins to occur at midnight. 100 years ago, the wealthy leper Blake bought the clipper ship Elizabeth Dane and sailed with his people to form a leper colony. However, while sailing through a thick fog, they were deliberately misguided by a campfire onshore, steering the course of the ship toward the light and crashing her against the rocks. While the town’s residents prepare to celebrate, the victims of this heinous crime that the town’s founders committed rise from the sea to claim retribution. Under cover of the ominous glowing fog, they carry out their vicious attacks, searching for what is rightly theirs. 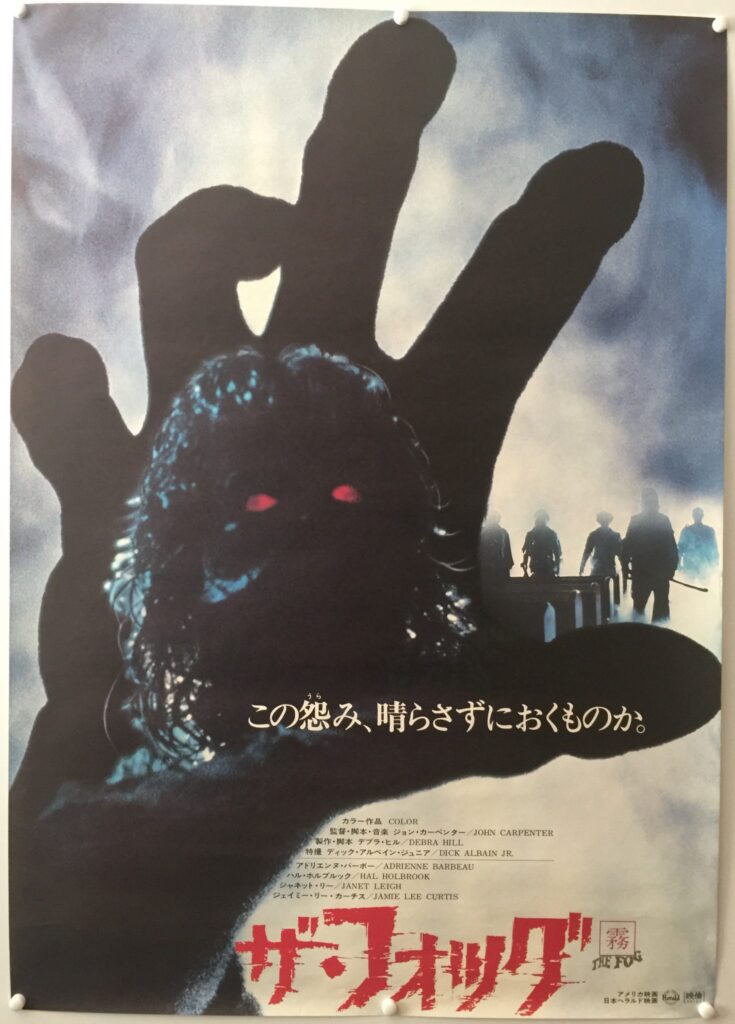