The Magnificent Seven is a 2016 American western action film directed by Antoine Fuqua, and written by Nic Pizzolatto and Richard Wenk. A remake of the 1960 western film of the same name, which in turn was a remake of the 1954 Japanese film Seven Samurai, the film stars Denzel Washington, Chris Pratt, Ethan Hawke, Vincent D’Onofrio, Lee Byung-hun, Manuel Garcia-Rulfo, Martin Sensmeier, Peter Sarsgaard and Haley Bennett.

Principal photography began on May 18, 2015, in the north of Baton Rouge, Louisiana. The film premiered on September 8, 2016 at the 2016 Toronto International Film Festival and is set to be released in the United States in conventional and IMAX theatres on September 23, 2016. 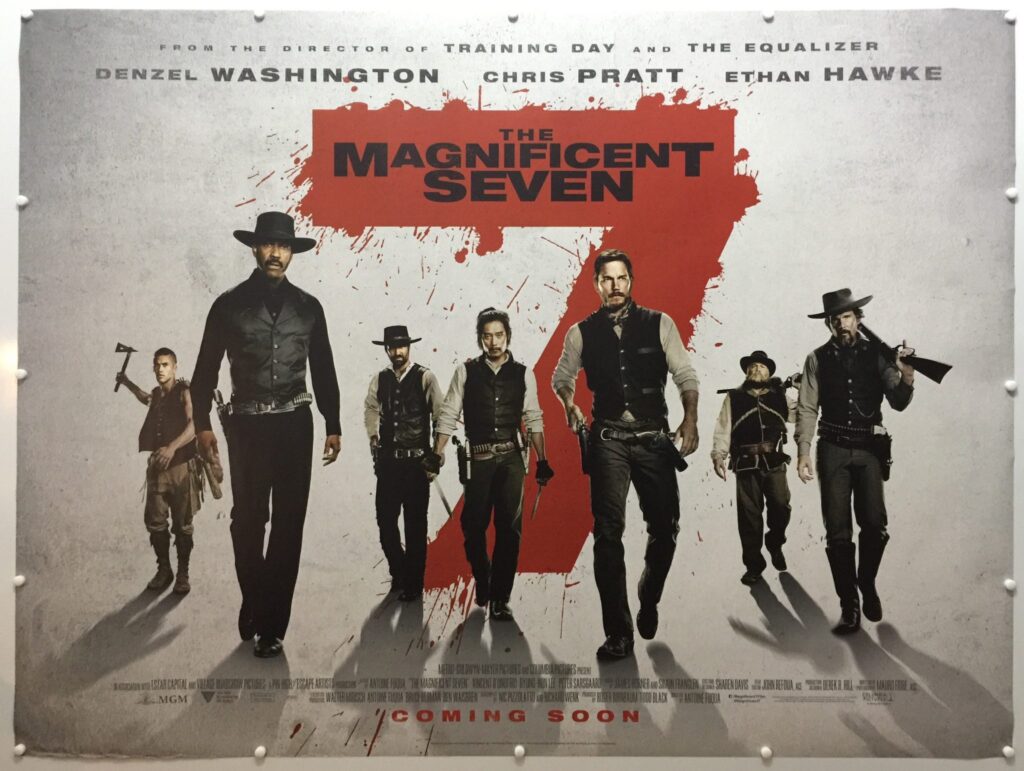