The story follows Peter Appleton, an ambitious egoistic young screenwriter in Hollywood’s Golden Age, 1951. Appleton’s career is just getting off the ground when his name comes to the attention of a Congressional Committee who is investigating Communist affiliations of prominent Americans. It was discovered he had unwittingly attended a Communist meeting during college.

Following the investigation he finds himself blacklisted by his studio and begins to wallow in self-pity, drinking heavily at a local bar. He then decides to go for a drive whilst drunk. Following a crash where he plummets into a river and loses consciousness, he awakens on a deserted beach near a small town called Lawson with amnesia and can’t remember anything about his past.

The town is depressed and lifeless having lost 62 people during World War Two but the townsfolk believe he is Luke Trimble, who went MIA during WW2 seven years ago. In the weeks that follow, the locals “remind” Appleton why Luke was so well-liked and finds himself living up to a new set of values he never possessed prior to his accident — and liking himself the better for it.

Principle photography took place in Ferndale, California. The theatre was built as a false-front in the local car park with many of the main streets buildings being modified for filming.

Upon its released The Majestic received negative reviews from film critics. Kenneth Turan of Los Angeles Times commented that it was a “derivative, self-satisfied fable that couldn’t be more treacly and simple-minded if it tried”. However, one exception came from Roger Ebert who praised the film and its ideas, writing “It flies the flag in honour of our World War II heroes, and evokes nostalgia for small-town movie palaces and the people who run them… Frank Darabont has deliberately tried to make the kind of movie Capra made, about decent small-town folks standing up for traditional American values. In an age of Rambo patriotism, it is good to be reminded of Capra patriotism–to remember that America is not just about fighting and winning, but about defending our freedoms”.

Commercially, The Majestic was a failure. Having been produced on an estimated budget of $72m it only achieved $7,366,207 in its opening weekend and grossed $37,317,558 in worldwide box office receipts. 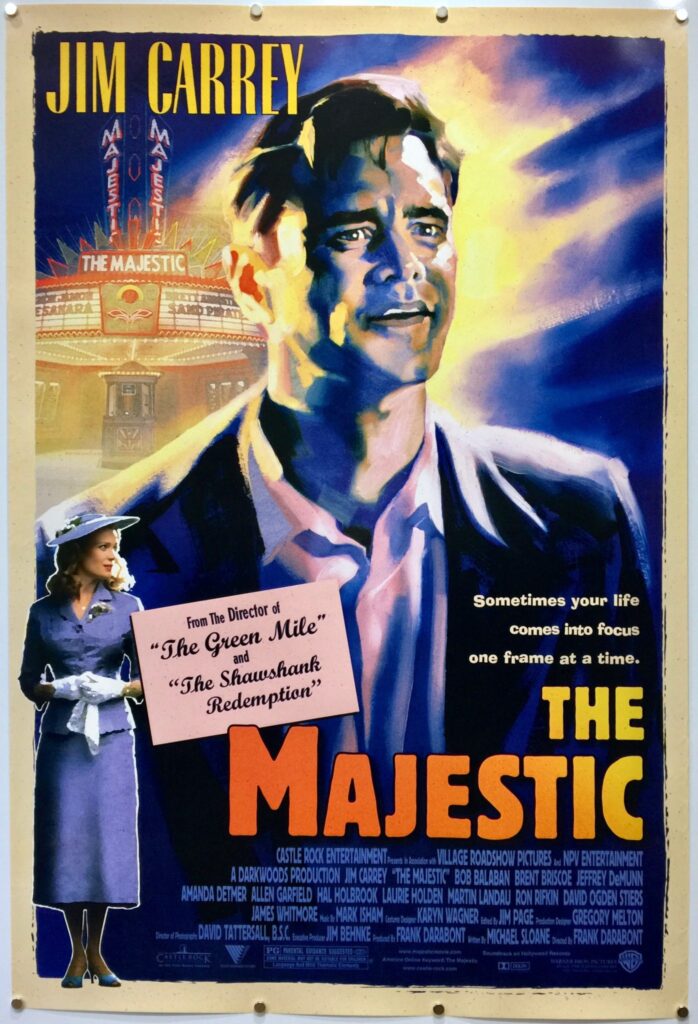