The Omen is a 1976 American-British supernatural horror film directed by Richard Donner and written by David Seltzer. The film stars Gregory Peck, Lee Remick, David Warner, Harvey Spencer Stephens, Billie Whitelaw, Patrick Troughton, Martin Benson, and Leo McKern. The first instalment in The Omen series, the film concerns a young child adopted at birth by American Ambassador Robert Thorn unbeknownst to his wife, after their own son is stillborn. They are surrounded by mysterious and ominous deaths, unaware that the child is the Antichrist.

Released theatrically by 20th Century Fox in June 1976, The Omen received acclaim from critics and was a commercial success, grossing over $60 million at the box office and becoming one of the highest-grossing films of 1976. The film earned two Academy Award nominations, and won for Best Original Score for Jerry Goldsmith, his only Oscar win. A scene from the film appeared at #16 on Bravo’s The 100 Scariest Movie Moments. The film spawned a franchise, starting with Damien: Omen II, released two years later.

The film was remade in 2006 and stars Julia Stiles, Liev Schreiber, and Mia Farrow. It was released worldwide on 6th June 2006 — the date intentionally reflecting the purported Number of the Beast, 666. 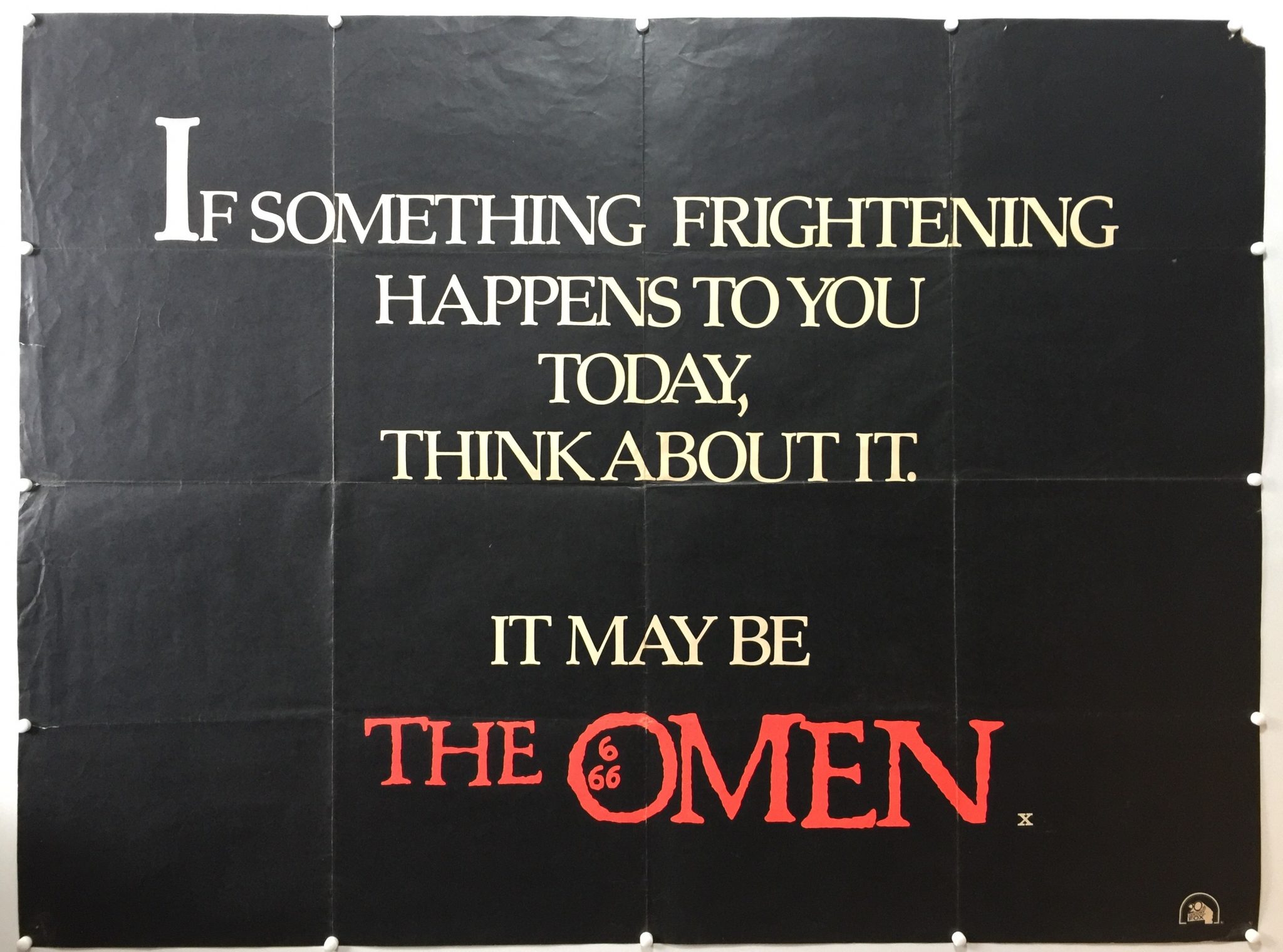