The Outlaw Josey Wales is a 1976 American revisionist Western DeLuxe Color and Panavision film set during and after the American Civil War. It was directed by and starred Clint Eastwood (as the eponymous Josey Wales), with Chief Dan George, Sondra Locke, Sam Bottoms, and Geraldine Keams. The film tells the story of Josey Wales, a Missouri farmer whose family is murdered by Union militants during the Civil War. Driven to revenge, Wales joins a Confederate guerrilla band and fights in the Civil War. After the war, all the fighters in Wales’ group except for Wales surrender to Union officers, but they end up being massacred. Wales becomes an outlaw and is pursued by bounty hunters and Union soldiers.

The film was adapted by Sonia Chernus and Philip Kaufman from author Forrest Carter’s 1973 novel The Rebel Outlaw: Josey Wales (republished, as shown in the movie’s opening credits, as Gone to Texas). In 1996, the film was selected for preservation in the National Film Registry of the Library of Congress. The film was a commercial success, earning $38m against a $3.7m budget.

Josey Wales was portrayed by Michael Parks in the 1986 sequel to the film The Return of Josey Wales. 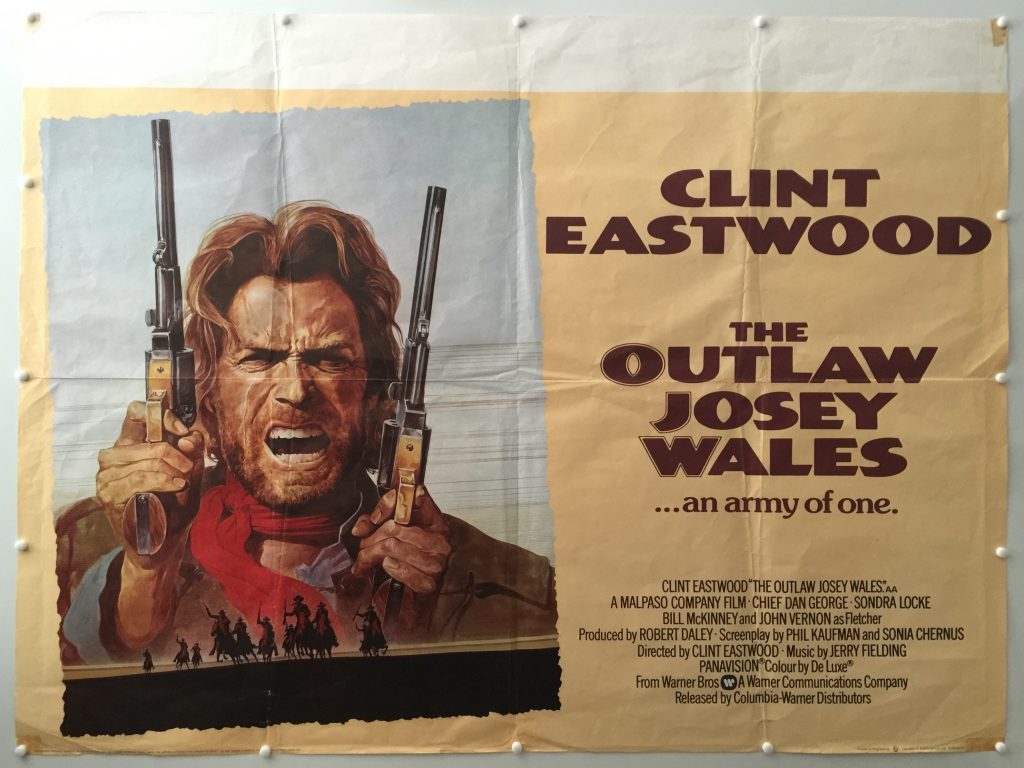