The storyline set in 1946 and follows Andy Dufresne, a banker who is sentenced to life in Shawshank State Penitentiary for the murder of his wife and her lover, despite his claims of innocence. During his time at the prison, he befriends a fellow inmate, Ellis Boyd “Red” Redding, and finds himself protected by the guards after the warden begins using him in his money-laundering operation.

Principal photography was filmed in Maine, the Ohio State Reformatory in Mansfield, Ohio, served as the fictional Shawshank State Penitentiary. Although a large portion of the prison was torn down after filming, the main administration building and two cell blocks remained; the site was revisited for filming parts of the film Air Force One. The prison site is a tourist attraction. Internal scenes in the prison cellblocks were actually filmed on a soundstage built inside the nearby shuttered Westinghouse factory with the Downtown scenes being filmed in Mansfield, as well as neighbouring Ashland, Ohio.

When The Shawshank Redemption was released it received widespread positive reviews from the critics. On Rotten Tomatoes it has a 91% rating with the critics’ consensus says, “The Shawshank Redemption is an uplifting, deeply satisfying prison drama with sensitive direction and fine performances.”. Owen Gleiberman of Entertainment Weekly praised the choice of scenery, writing that the “moss-dark, saturated images have a redolent sensuality” that makes the film very realistic. While praising Morgan Freeman’s acting and oratory skills as making Red appear real, Gleiberman felt that with the “laconic-good-guy, neo-Gary Cooper role, Tim Robbins is unable to make Andy connect with the audience.”

The film has been critically acclaimed for depicting Jean-Paul Sartre’s ideas about existentialism more fully than any other contemporary movie. Stephen King has considered The Shawshank Redemption to be one of his favourite film adaptations based on his own work.

Commercially, The Shawshank Redemption was a success having been produced on an estimated production budget of $25m, it took $727,327 in US box office takings in its opening weekend. It went on to take $58,500,000 in gross worldwide box office receipts.

The Shawshank Redemption was nominated for 7 Academy Awards including Best Picture, Best Actor, Best Writing and Best Cinematography. It was also nominated for 2 Golden Globes awards for Best Actor and Best Screenplay. In 2015, the United States Library of Congress selected the film for preservation in the National Film Registry, finding it “culturally, historically, or aesthetically significant”. 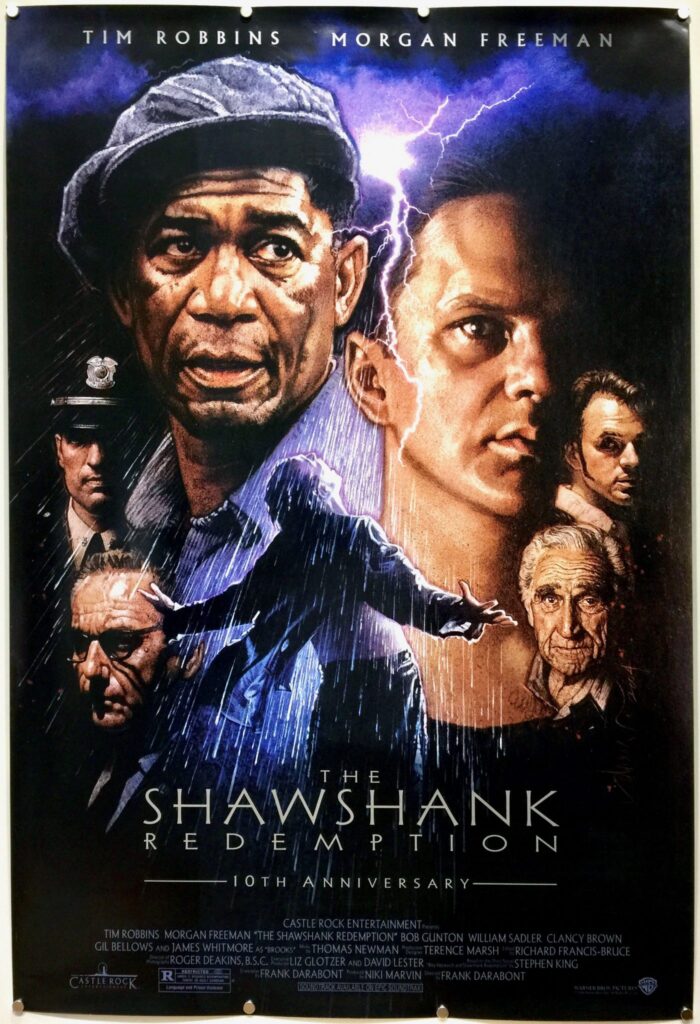