The Shining is a 1980 British-American psychological horror film produced and directed by Stanley Kubrick, co-written with novelist Diane Johnson, and starring Jack Nicholson, Shelley Duvall, Danny Lloyd, and Scatman Crothers. The film is based on Stephen King’s 1977 novel The Shining, although the film and novel differ slightly but significantly. In the film, Jack Torrance, a writer and recovering alcoholic, takes a job as an off-season caretaker at the isolated Overlook Hotel. His young son possesses psychic abilities and is able to see things from the past and future, such as the ghosts who haunt the hotel. Some time after settling in, the family is trapped in the hotel by a snowstorm, and Jack gradually becomes influenced by a ghostly presence, descends into madness, and ultimately attempts to murder his wife and son.

The initial European release of The Shining was 25 minutes shorter than the American version, achieved by removing most of the scenes taking place outside the environs of the hotel. Unlike Kubrick’s previous works, which developed audiences gradually through word-of-mouth, The Shining was released as a mass-market film, initially opening in two cities on Memorial Day, then nationwide a month later. Although contemporary responses from critics were mixed, assessment became more favorable in following decades, and it is now widely regarded as one of the greatest horror films ever made. American director Martin Scorsese, writing in The Daily Beast, ranked it one of the 11 scariest horror movies of all time. Critics, scholars, and crew members (such as Kubrick’s producer Jan Harlan) have discussed the film’s enormous influence on popular culture. 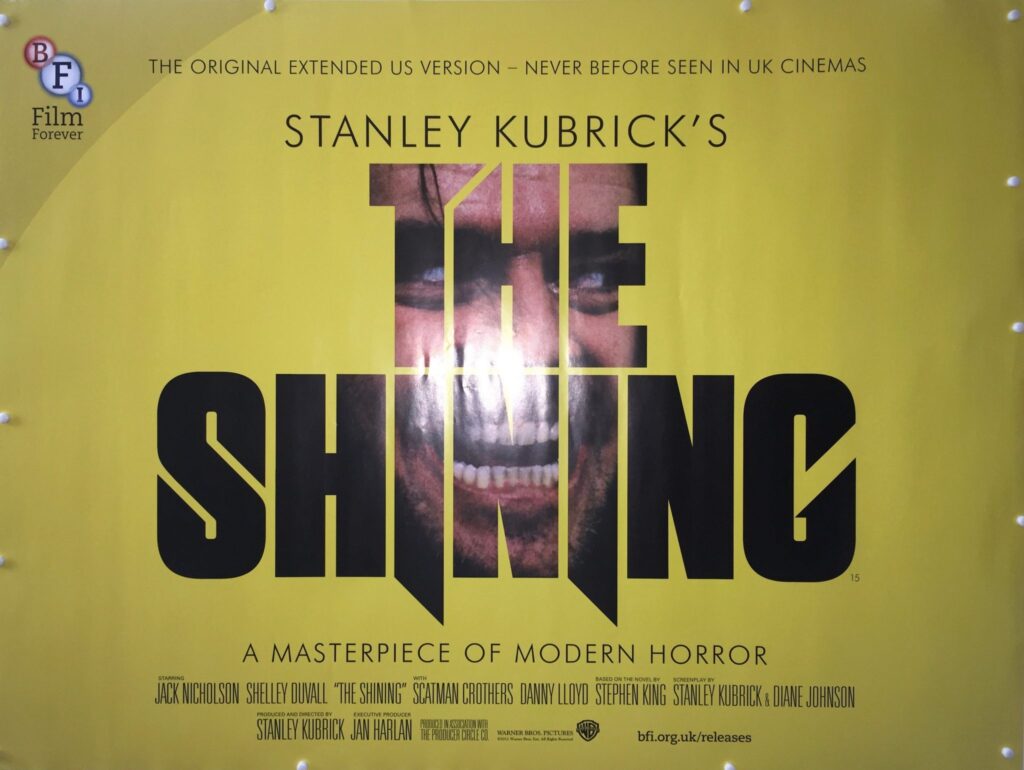