The storyline follows Three MIT students Jonah, Nic, and Haley who are on a road trip to move Haley to California. They are drawn to an isolated area by a computer genius known as NOMAD. When everything suddenly goes dark, Nic regains consciousness – only to find himself in a waking nightmare.

Principle photography was completed in New Mexico with locations Albuquerque, Los Lunas and Taos being used for filming.

When The Signal was released it received mixed reviews from critics. The consensus on Rotten Tomatoes is, “Director William Eubank clearly has big ideas and an impressive level of technical expertise; unfortunately, The Signal fritters them away on a poorly constructed story.”

Nicolas Rapold of The New York Times wrote, “William Eubank’s The Signal demonstrates the fine line between paranoid science-fiction fantasy and demo reel… After a brief excursion into found-footage horror, Nic wakes up in one of those antiseptic, white-walled secret compounds used for human experimentation in the movies. Mr Eubank plays with our minds, and Nic’s, for a while,” but Rapold judges that “the story evolves into a kind of poor man’s X-Men. However, Rapold concludes, “The grandiosity of the film’s setups partly fits in with the guys’ sense of righteous-geek drama, and you wouldn’t be surprised to see Mr. Eubank directing a bigger-budget movie down the road…”

Michael O’Sullivan of The Washington Post gave the film a one-and-a-half star rating and a half-scathing review: “Two of the major plot turns in The Signal—a good-looking sci-fi thriller with more fashion sense than brains—hinge on misdirection involving simple arithmetic and spelling. I won’t spoil the fun by elaborating further, but when each moment arrives, it’s cheapened by the implicit insult to the audience’s intelligence. The twists feel less like jolts of a genuine surprise than like being had by a third-grader with a good knock-knock joke.” O’Sullivan adds, “I’ll say one thing: The general state of confusion fostered by the head-scratching plot is a surprisingly effective way of maintaining continued engagement with it—if by ‘engagement’ you mean ‘This better lead somewhere.’ Oh, it does. It’s just a less than a wholly satisfying destination, despite some fun detours. (Veteran character actress Lin Shay, in a nutty little cameo, is one such pleasure.)”

Financially, it struggled at the box office. Produced on an estimated budget of $4m, The Signal, only took $155,642 in its opening weekend in the US; however, it was only released to 120 cinemas. Total box office receipts grossed $600,896 in the US. 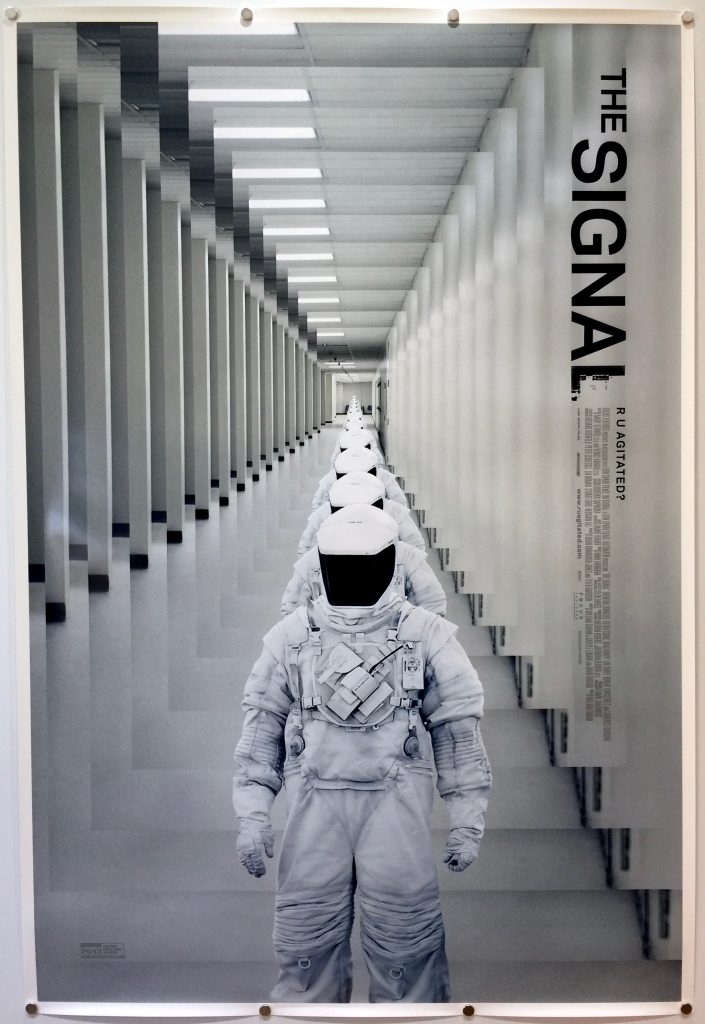