The storyline follows J. J. “Jake” Gittes who is hired by Julius “Jake” Berman to catch his wife committing adultery. However, during the operation, Berman kills his rival and business partner. Gittes falls under suspicion for the crime which all centres around the recording that captured the illicit meeting, the confrontation and the killing. It calls into question if Berman knew and killed his partner to wrestle control of the business, making it murder, or was an act of jealousy, which may qualify as “temporary insanity” and be permitted as a defence to a murder charge.

The Two Jakes was made 16 years after the very successful film, Chinatown. The film had a troubled production and was meant to have been made in 1985. The original producer of the film, Robert Evans, was meant to play the other Jakes, but Robert Towne who was to direct the film did not think he was the right choice and fired him. Following this, Jack Nicholson directed the film, which turned out to be his last.

The film received mixed reviews from the critics with Roger Ebert giving the movie 3.5 out of 4 stars, writing that “every scene falls into place like clockwork […] exquisite”. However, Variety magazine called the film “a jumbled, obtuse yet not entirely unsatisfying follow-up to Chinatown”. Desson Howe from The Washington Post, said “at best, the movie comes across as a competently assembled job, a wistful tribute to its former self. At worst, it’s wordy, confusing and – here’s an ugly word – boring”.

The estimated production budget for the film was $19m. The Two Jakes performed badly at the cinema despite recording a good opening weekend of $3,729,149 in the US. It failed to recoup its budget and only achieved $10,005,969 in box office receipts in the US.

Robert Town had planned for a trilogy. The final film would have told the story of J. J. Gittes divorce and been set in 1968. It was going to be titled Gittes vs. Gittes. However, following the commercial failure of The Two Jakes the third film was scrapped. 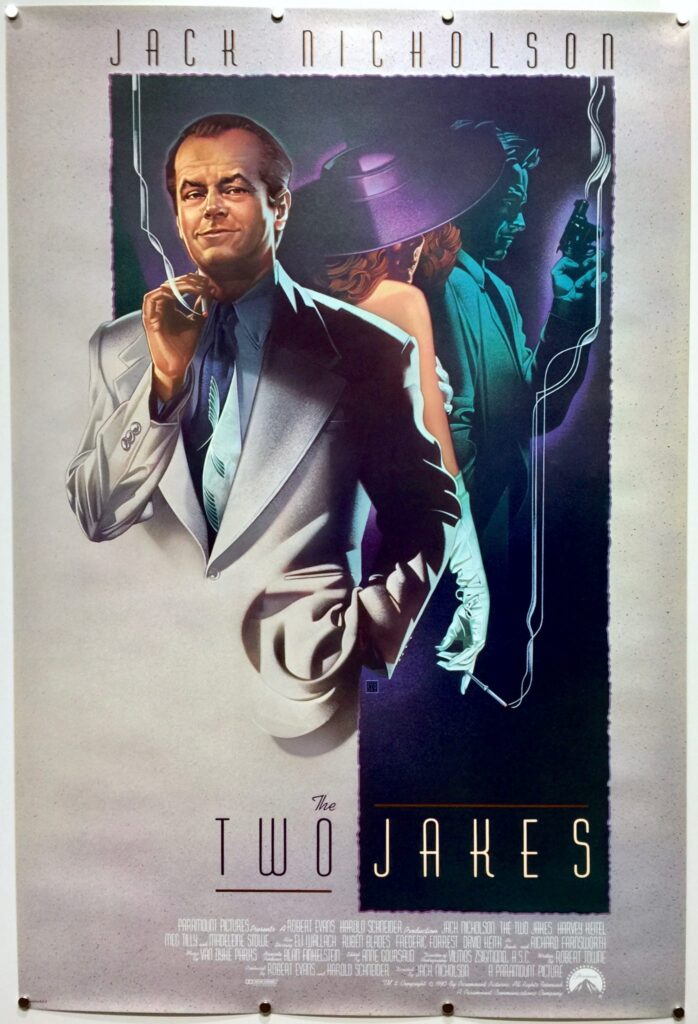