Top Gun is a 1986 film directed by Tony Scott, and produced by Don Simpson and Jerry Bruckheimer, in association with Paramount Pictures. The screenplay was written by Jim Cash and Jack Epps, Jr., and was inspired by an article titled “Top Guns” published in California Magazine three years earlier.

In 2015, the United States Library of Congress selected the film for preservation in the National Film Registry, finding it “culturally, historically, or aesthetically significant”.

Lieutenant Pete “Maverick” Mitchell is an expert United States Naval Aviator. When he encounters a pair of MiGs over the Persian Gulf, his wingman is clearly outflown and freaks. On almost no fuel, Maverick is able to talk him back down to the carrier. When his wingman turns in his wings, Maverick is moved up in the standings and sent to the Top Gun Naval Flying School. There he fights the attitudes of the other pilots and an old story of his father’s death in combat that killed others due to his father’s error. Maverick struggles to be the best pilot, stepping on the toes of his other students and in another way to Charlie Blackwood, a civilian instructor to whom he is strongly attracted. 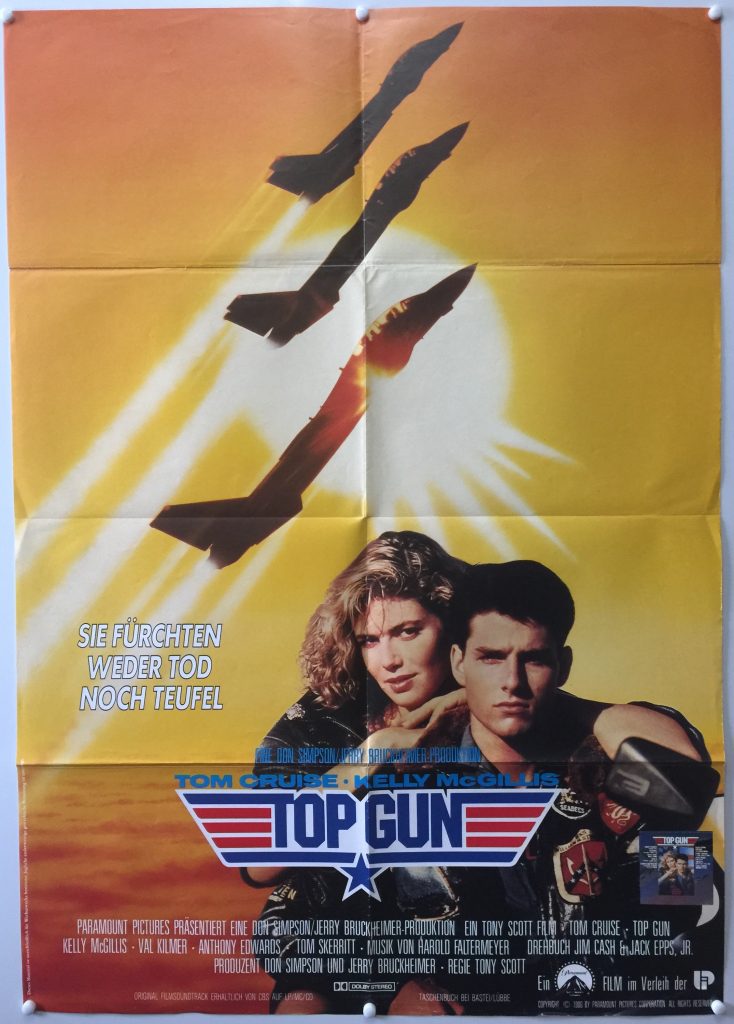