Trading Places is a 1983 film directed by John Landis, starring Dan Aykroyd and Eddie Murphy. It tells the story of an upper-class commodities broker and a homeless street hustler whose lives cross paths when they are unknowingly made part of an elaborate bet. Ralph Bellamy, Don Ameche, Denholm Elliott, and Jamie Lee Curtis also star. The storyline is often called a modern take on Mark Twain’s classic 19th-century novel The Prince and the Pauper. It also bears a resemblance to another of Mark Twain’s stories, The Million Pound Bank Note.

The film was written by Timothy Harris and Herschel Weingrod and was produced by Aaron Russo. It was released to theatres in North America on June 10, 1983, where it was distributed by Paramount Pictures. The film earned over US $90 million during its theatrical run in the United States, finishing as the fourth highest earning film of the year and the second highest earning R-rated film of 1983.

Denholm Elliott and Jamie Lee Curtis won the awards for Best Actor in a Supporting Role and Best Actress in a Supporting Role, respectively, at the 37th British Academy Film Awards. The film was nominated for several additional awards including Best Motion Picture – Musical or Comedy at the 41st Golden Globe Awards.

Louis Winthorpe is a businessman who works for commodities brokerage firm of Duke and Duke owned by the brothers Mortimer and Randolph Duke. Now they bicker over the most trivial of matters and what they are bickering about is whether it’s a person’s environment or heredity that determines how well they will do in life. When Winthorpe bumps into Billy Ray Valentine, a street hustler and assumes he is trying to rob him, he has him arrested. Upon seeing how different the two men are, the brothers decide to make a wager as to what would happen if Winthorpe loses his job, his home and is shunned by everyone he knows and if Valentine was given Winthorpe’s job. So they proceed to have Winthorpe arrested and to be placed in a compromising position in front of his girlfriend. So all he has to rely on is the hooker who was hired to ruin him. 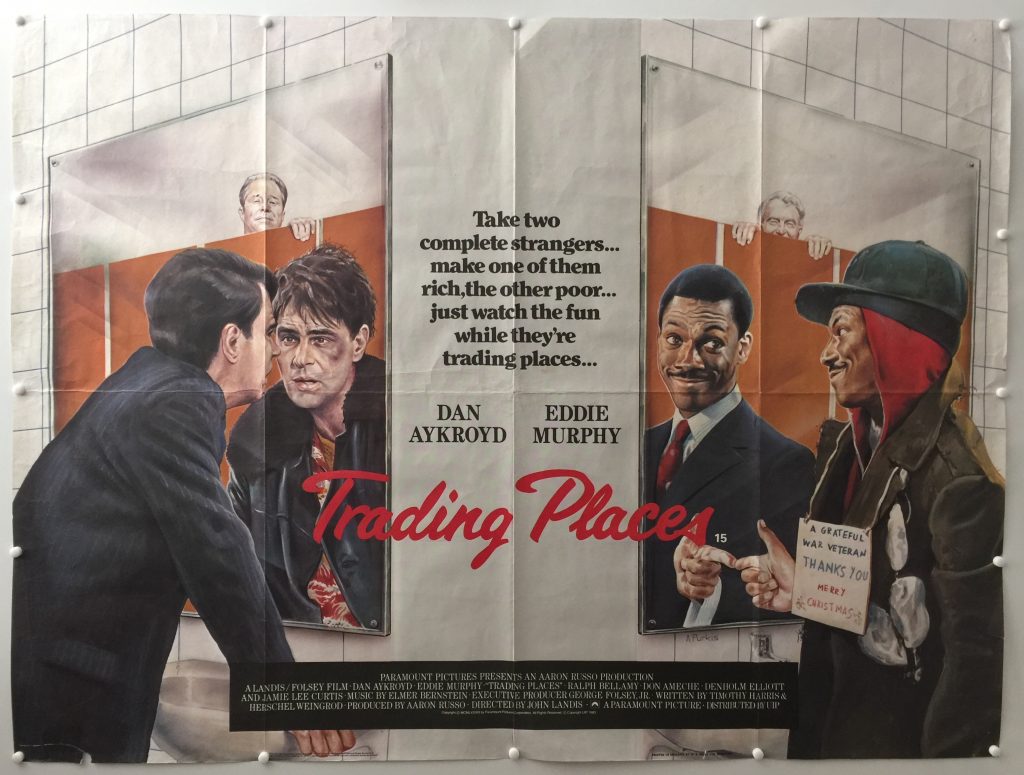