The People Under the Stairs is a 1991 American horror film written and directed by Wes Craven and starring Brandon Adams, Everett McGill, Wendy Robie, A. J. Langer, Ving Rhames and Sean Whalen.

The People Under the Stairs is the story of a young boy (Fool) from the ghetto and takes place on his 13th birthday. In an attempted burglary (along with two others) of the home of his family’s evil landlords, he becomes trapped inside their large suburban house and discovers the secret of the “children” that the insane brother and sister have been “rearing” under the stairs. 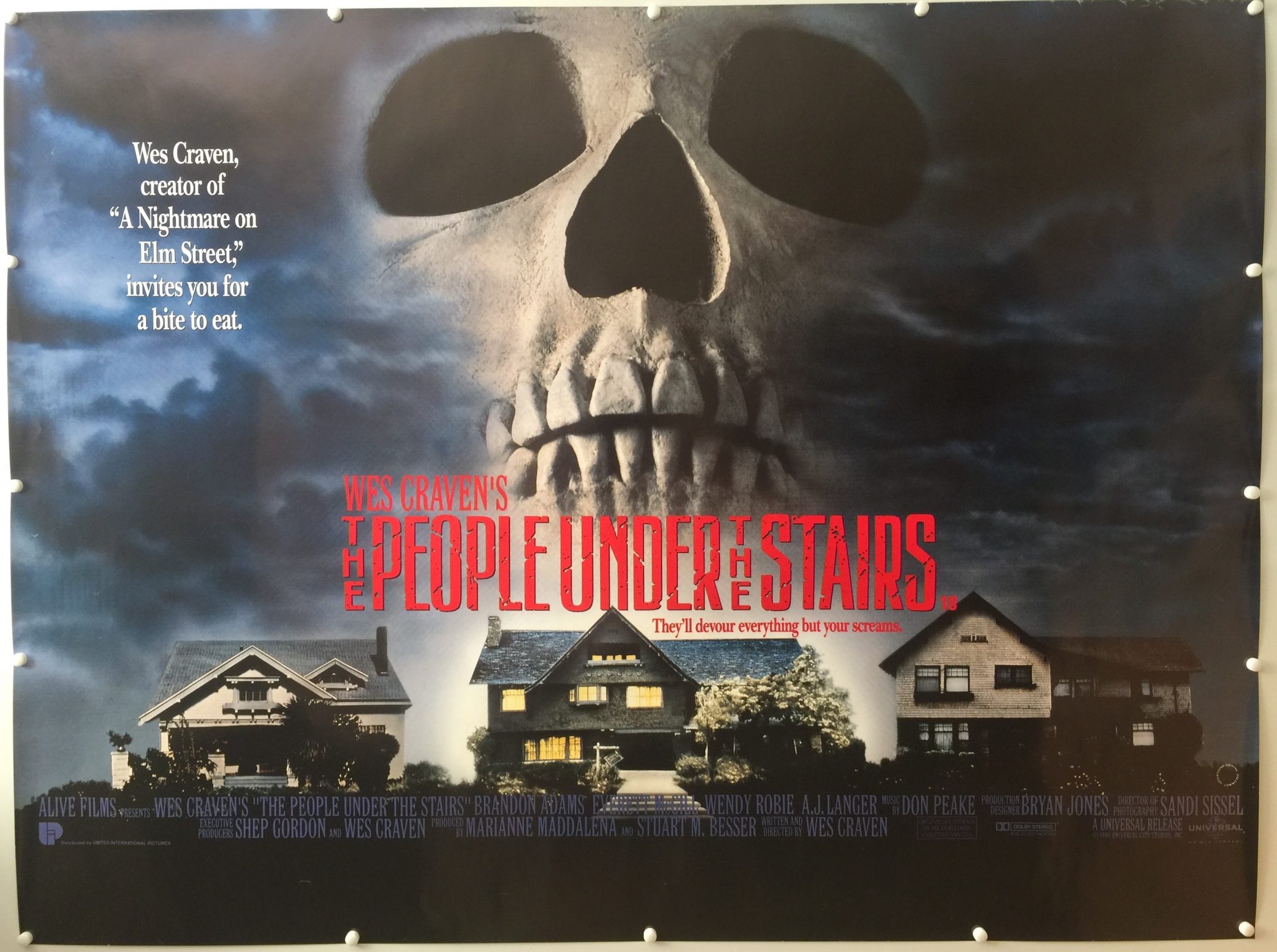