The screenplay written by Reginald Rose is based on an unpublished novel called The Thin White Line by Daniel Carney. The novel was based on speculative rumours of a 1968 landing by a mysterious aeroplane in Rhodesia. It was said to have been loaded with mercenaries and an African President which was believed to have been a dying Moise Tshombe. Daniel Carney’s novel was subsequently published by Corgi Books under the same title as the film.

The film’s title, The Wild Geese, came from the Wild Goose flag and shoulder patch used by Michael “Mad Mike” Hoare’s Five Commando, ANC. He was hired as a technical advisor with Col. Alan Faulkner being modelled on him. One of the actors, Ian Yule, had been an actual mercenary under Hoare’s command and before working as a mercenary served in the British Parachute Regiment and Special Air Service (SAS). Of the other actors playing mercenaries, four had been born in Africa, two were former POWs and most had received military training.

Principle photography for The Wild Geese took place in South Africa with the film crew taking over a health spa near Tshipisie in Northern Transvaal with additional filming taking place at the Messina Border Region. Studio filming took place at Twickenham Film Studios in Middlesex. Most of the military equipment used in The Wild Geese came from the South African army. However, specialised weaponry needed to be imported from Britain. Euan Lloyd said “Even though the stuff couldn’t fire real bullets, it was held up for weeks by the British government because it was going to South Africa”.

The film was not without controversy due to the decision to film in South Africa during the apartheid regime and because of the film’s portrayal of black characters. At the film’s London premiere there were protests by anti-apartheid campaigners. After being warned of the protest, the producer Euan Lloyd brought copies of newspaper articles reporting the film’s premiere in the black township of Soweto, where it had been received with enthusiasm and approval. Protests were also seen in Irish cinemas by the Irish anti-apartheid movement.

Commercially it was a success in the United Kingdom and other countries worldwide where it easily recouped its cost. However, The Wild Geese was hampered by the collapse of it American distributor and the lack of a US star. Due to this the film was only partially released in the USA. 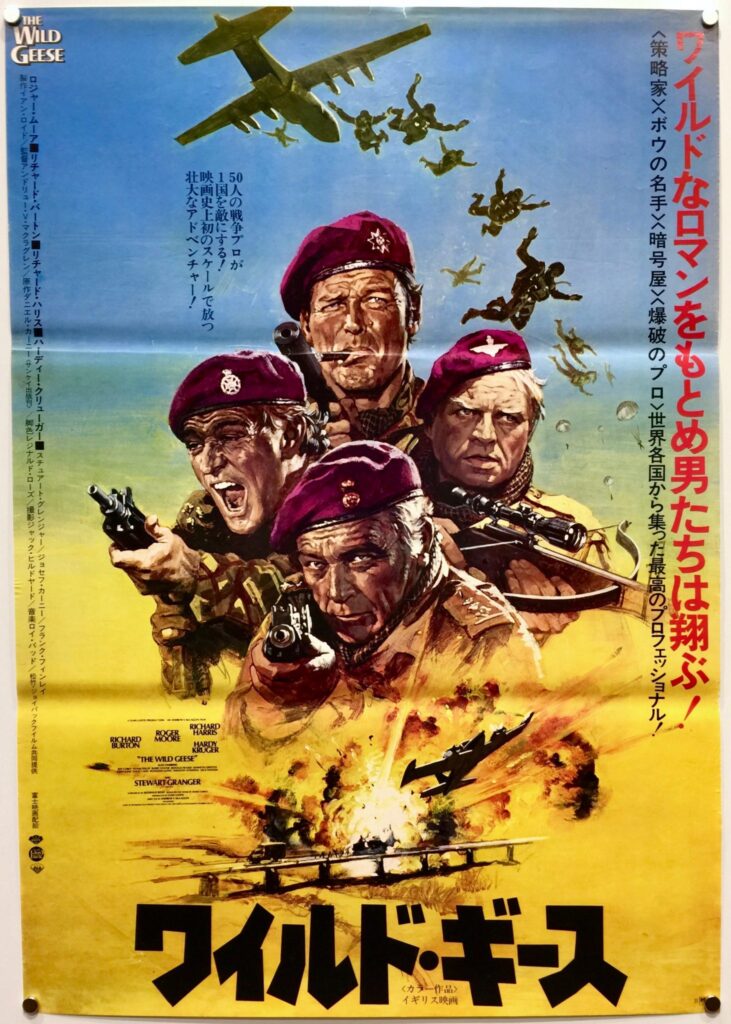