Willy Wonka & the Chocolate Factory is a 1971 film directed by Mel Stuart. It was co-produced by Stan Margulies and David L. Wolper. The screenplay is an adaptation of the 1964 novel Charlie and the Chocolate Factory by Roald Dahl. He was credited with writing the film’s screenplay; however, David Seltzer, who went uncredited in the film, was brought in to re-work Dahl’s original screenplay against his wishes. It stars Gene Wilder, Jack Albertson, Peter Ostrum, Roy Kinnear, Julie Dawn Cole, Leonard Stone, Denise Nickerson, Dodo Denney and Paris Themmen.

The storyline is set around Willy Wonka, for years a recluse in his factory, announces that five lucky people will be given a tour of the factory, shown all the secrets of his amazing candy, and one will win a lifetime supply of Wonka chocolate. Charlie, along with four somewhat odious other children, get the chance of a lifetime and a tour of the factory. Along the way, mild disasters befall each of the odious children, but can Charlie beat the odds and grab the brass ring?

It was agreed that the film would be a children’s musical, and that Ronald Dahl himself would write the screenplay. However, major changes were made to his original screenplay by David Seltzer including the title being changed to Willy Wonka and the Chocolate Factory, the ending and adding musical numbers. These changes and other decisions made by the director led Ronald Dahl to disown the film.

The idea for Willy Wonka & the Chocolate Factory came about when director Mel Stuart’s ten-year-old daughter read the book and asked her father to make a film out of it, with “Uncle Dave” (David L. Wolper) producing it. He showed the book to Wolper, who happened to be in the midst of talks with the Quaker Oats Company regarding a vehicle to introduce a new candy bar from its Chicago-based Breaker Confections subsidiary (since renamed the Willy Wonka Candy Company and sold to Nestlé). Wolper persuaded the company, which had no previous experience in the film industry, to buy the rights to the book and finance the picture for the purpose of promoting a new Quaker Oats Wonka Bar.

Principle photography was primaryily completed on location in Munich, Bavaria, West Germany. This was due to cost with it being significantly cheaper than filming in the United States and the setting was conducive to Wonka’s factory; Mel Stuart also liked the ambiguity and unfamiliarity of the location.

Roger Ebert, compared it to The Wizard of Oz and said, “All of this is preface to a simple statement: Willy Wonka and the Chocolate Factory is probably the best film of its sort since The Wizard of Oz. It is everything that family movies usually claim to be, but aren’t: Delightful, funny, scary, exciting, and, most of all, a genuine work of imagination. “Willy Wonka” is such a surely and wonderfully spun fantasy that it works on all kinds of minds, and it is fascinating because, like all classic fantasy, it is fascinated with itself.”

Commercially, Willy Wonka & the Chocolate Factory was not a huge success and only just recouped it initial outlay. Produced on an estimated production budget of $3m, it took $2,126,226 in the US on its opening weekend. It went on to take $4,000,000 in US box office receipts. It was nominated for an Academy Award for Best Original Score and a Golden Globe for Best Actor. 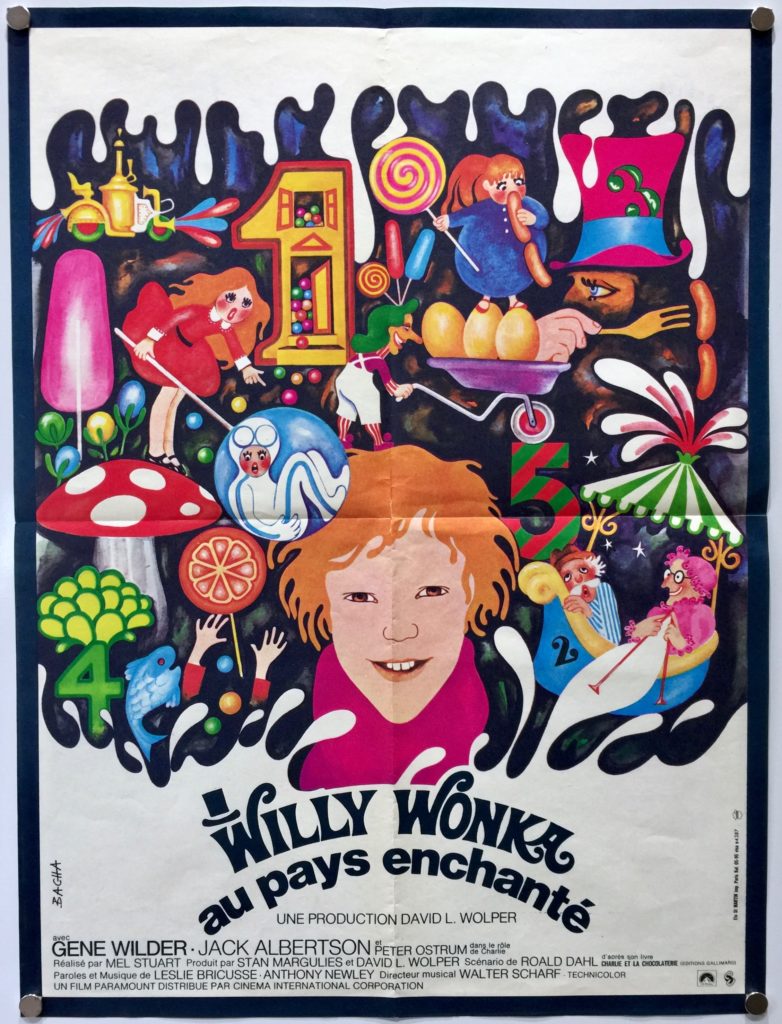