The storyline is set in dystopian crime-ridden United States of 1997. Manhattan Island in New York City has been converted into the country’s sole maximum security prison. Following a crash involving Air Force One, the US President is captured by prisoners currently held on Manhattan Island. An ex-soldier and federal prisoner Snake Plissken is given 24 hours to find and save the US President.

John Carpenter originally wrote the screenplay in 1976, in the aftermath of the Watergate scandal. He said, “The whole feeling of the nation was one of real cynicism about the President. I wrote the screenplay and no studio wanted to make it” because, according to Carpenter, “it was too violent, too scary, too weird.” Partly inspired by the film Death Wish, a very popular film at the time. Although he didn’t agree with this film’s philosophy, he liked how it conveyed “the sense of New York as a kind of jungle, and I wanted to make a science fiction film along these lines”. After the success of Halloween, he had enough influence to begin production of the film.

AVCO Embassy Pictures had wanted either Charles Bronson or Tommy Lee Jones to play the role of Snake Plissken. Carpenter choice was Kurt Russell, who at the time was trying to overcome the “lightweight” screen image conveyed by his roles in several Disney comedies. John Carpenter refused to cast Bronson on the grounds that he was too old and was worried that he could lose directorial control over the picture with an experienced actor.

Kurt Russell described his character as “a mercenary, and his style of fighting is a combination of Bruce Lee, The Exterminator, and Darth Vader, with Eastwood’s vocal-ness.” All that matters to Snake is “the next 60 seconds. Living for exactly that next minute is all there is.” Russell used a rigorous diet and exercise program in order to develop a lean and muscular build. He also endeavoured to stay in character between takes and throughout the shooting, as he welcomed the opportunity to get away from the Disney comedies he had done previously. He did find it necessary to remove the eyepatch between takes, as wearing it constantly seriously affected his depth perception.

Principle filming for Escape from New York was mainly completed in St. Louis, Missouri with most of the filming taking place at night. John Carpenter and his crew had persuaded city officials to shut off the electricity to ten blocks at a time at night. When it came to shooting in New York City, Carpenter managed to persuade federal officials to grant access to Liberty Island. “We were the first film company in history allowed to shoot on Liberty Island at the Statue of Liberty at night. They let us have the whole island to ourselves. We were lucky. It wasn’t easy to get that initial permission. They’d had a bombing three months earlier and were worried about trouble.”

Upon its released Escape from New York received positive reviews from the critics. The critical consensus “Featuring an atmospherically grimy futuristic metropolis, Escape from New York is a strange, entertaining jumble of thrilling action and oddball weirdness.” Produced on an estimated budget of $6m it was a huge box office success and took $4,162,000 in its opening weekend in the US. The total grossed box office receipts in the US was $25,244,700.

Due to its financial success and achieving cult status among film fans a sequel was made in 1997 called Escape from L.A. The film saw the return of the original director, John Carpenter and starred Kurt Russell. 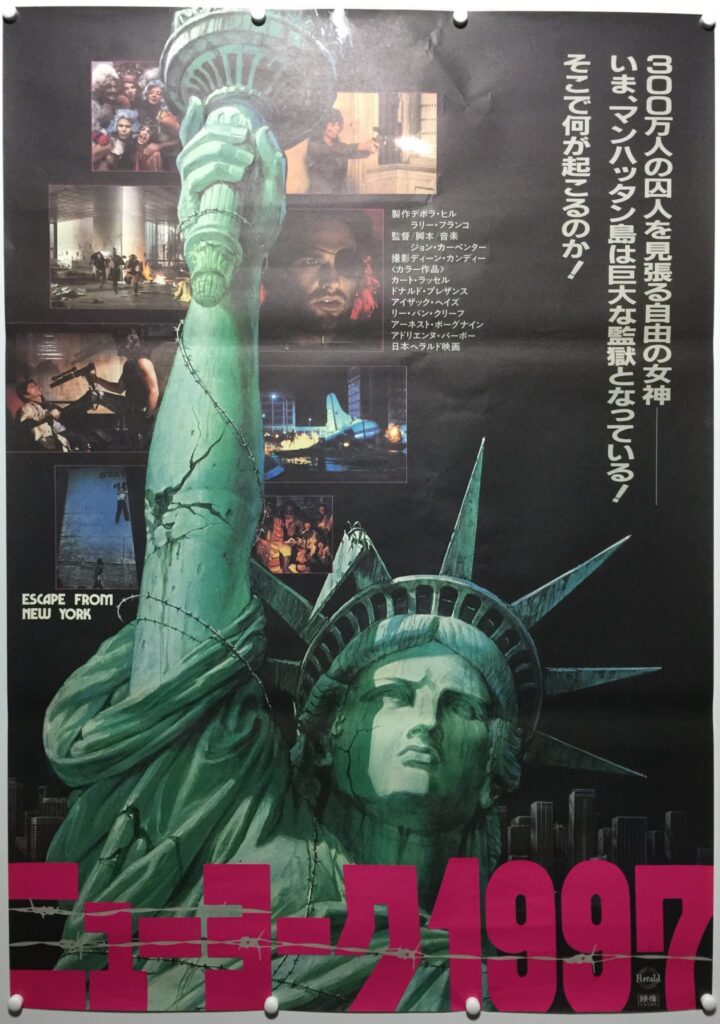